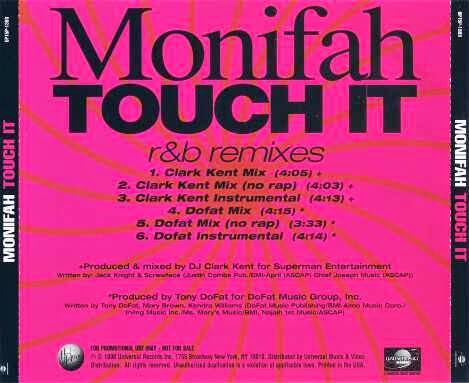 "Touch It" was the lead single from Monifah's sophomore album "Mo'hogany" and was originally produced by Jack Knight and Screwface. It is her biggest hit to date, reaching a peak position of 9 on the Billboard charts in 1998. Many of the remixes were issued to import singles only, notably the grindin' remix by veteran hip hop producer Clark Kent (included on this CD), which features a slightly different vocal arrangement to the original. The Tony Dofat remix, on the other hand, was only ever issued promotionally and is scarce to come by, even on 12" vinyl. Dofat is best known for being a record producer for Sean 'Diddy' Combs' Bad Boy Entertainment label and was involved in the production of some of Mary J. Blige's early hip hop remixes. This remix in particular features completely different lyrics and production and is like an entirely different song altogether.

*featuring uncredited rap by Sonja Blade
Posted by Jewelz Smooth at 1:05 AM 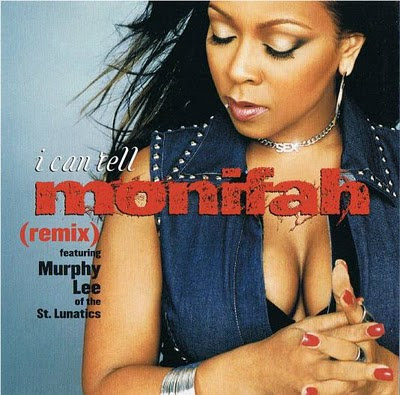 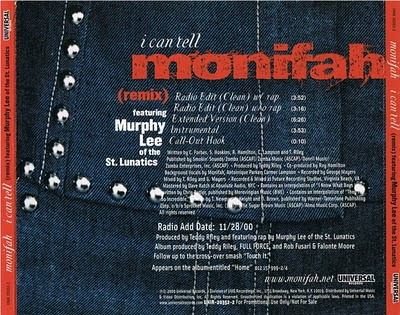 I Can Tell was the first single to be taken from Monifah's third album Home in 2000. The original album version was produced by Rob Fusari and was an uptempo ballad, but its remix (produced by Teddy Riley and featuring a rap by Murphey Lee of the St. Lunatics) featured alternative production and lyrical content and sounded completely different. This promo CD features four different clean edits, including extended and rapless versions. 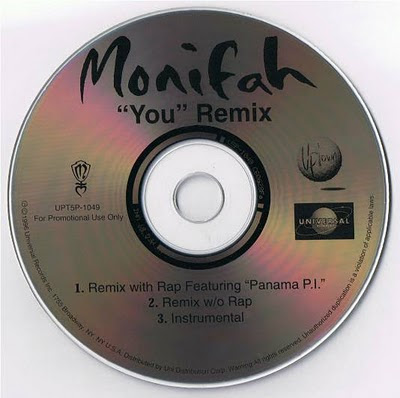 You was the second single from Monifah's debut album Moods...Moments and was released in 1996. The remix version was written and produced by Heavy D, and featured Panama P.I. and Herb McGruff, (though McGruff appeared only on the dirty version, which was exclusive to vinyl only.) It featured alternative production and re-sung vocals from Monifah, but still retained some of the song's original elements. On this promo CD is an edited version (without McGruff), a rapless version and an instrumental.