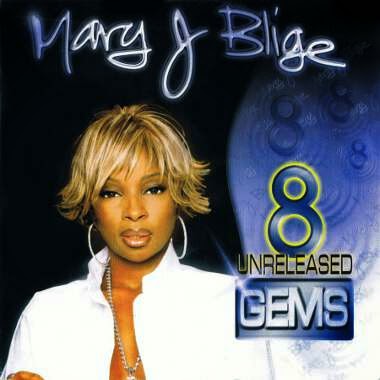 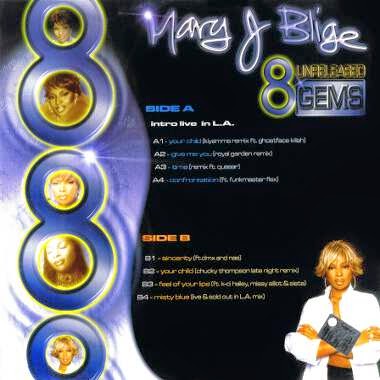 There is no shortage of unofficial Mary J. Blige material out there, but I find a 12" much easier to listen to than a mixtape. I absolutely loathe the snipped and often tagged versions of rare songs that most DJs stick on these compilations. Anyway... here's another bootleg vinyl from the queen of hip hop soul, this one comprising mostly of remixes and rare tracks from her 1999 eponymous album, plus a few others. I'm not sure if the remix of Time was official or not but it seems it was only ever pressed to bootleg 12" vinyl for DJs. It is basically the same as the original album version with additional rap verses by a rap artist called Quasar (QSR.) Confrontation was originally featured on Funkmaster Flex and Big Kap's 1999 album The Tunnel and was later issued on a separate disc to some editions of Mary along with Sincerity. Both the introduction and the final track Misty Blue were taken from Blige's 1998 live album The Tour. The only track which doesn't really fit in with the sound of this set is track 8 Feel Of Your
Read more »
Posted by Jewelz Smooth at 5:01 PM