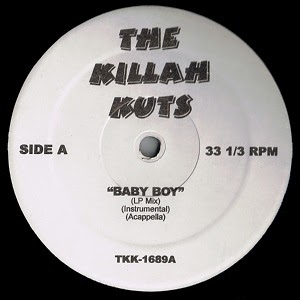 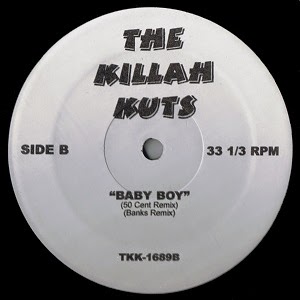 Exclusive urban remixes of Knowles' 2003 song released on the notorious "Killah Kuts" bootleg label in the early 0000s. As with all "Killah Kuts" records, no artist credits are given and the remixes, I don't know much about. 50's verse on track B1 is cut from his 2000 song Thug Love and track B2 first appeared on a DJ Whoo Kid Mixtape in 2003. Regardless, the mixes do the song more justice than the plethora of poppy dance mixes that were released. 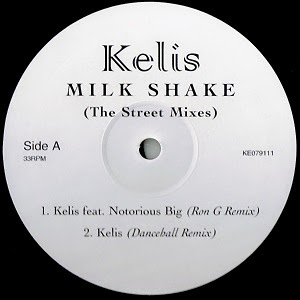 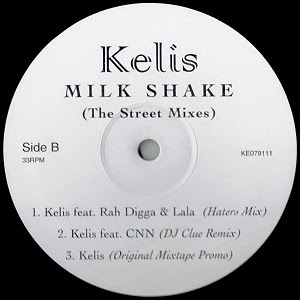 More white label from Kelis, this time featuring a selection of unofficial mixes of her 2003 song "Milkshake." I don't know how legitimate most of them are. Track A1 borrows heavily from Michael Jackson's "Billie Jean" and The Notorious B.I.G.'s 1997 song "Nasty Boy" whereas side B features mostly mix tape re-edits of the original score with a guest. I don't know if track B2 is a legitimate DJ Clue remix - it doesn't really sound much like his work - but it does feature East Coast rap duo Capone-N-Noreaga (billed here as CNN.)

A1 Ron G Remix feat. The Notorious B.I.G.
A2 Dancehall Remix
B1 Haters Mix feat. Rah Digga & Lala
B2 DJ Clue Remix feat. CNN
B3 Original Mixtape Promo (Basically just the same as the album version but with a longer intro and outro and some slight dubby effects. Largely unimpressive.)

Posted by Jewelz Smooth at 5:25 PM 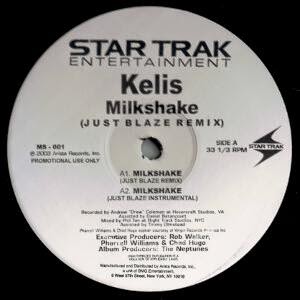 Rare one-sided promotional-only vinyl featuring the Just Blaze remix of Rogers' 2003 song "Milkshake". No remixer credits are given and it's quite different from anything I've heard the producer do before but I could be wrong. I can't find any further information on it - regardless - I don't believe it's a bootleg. 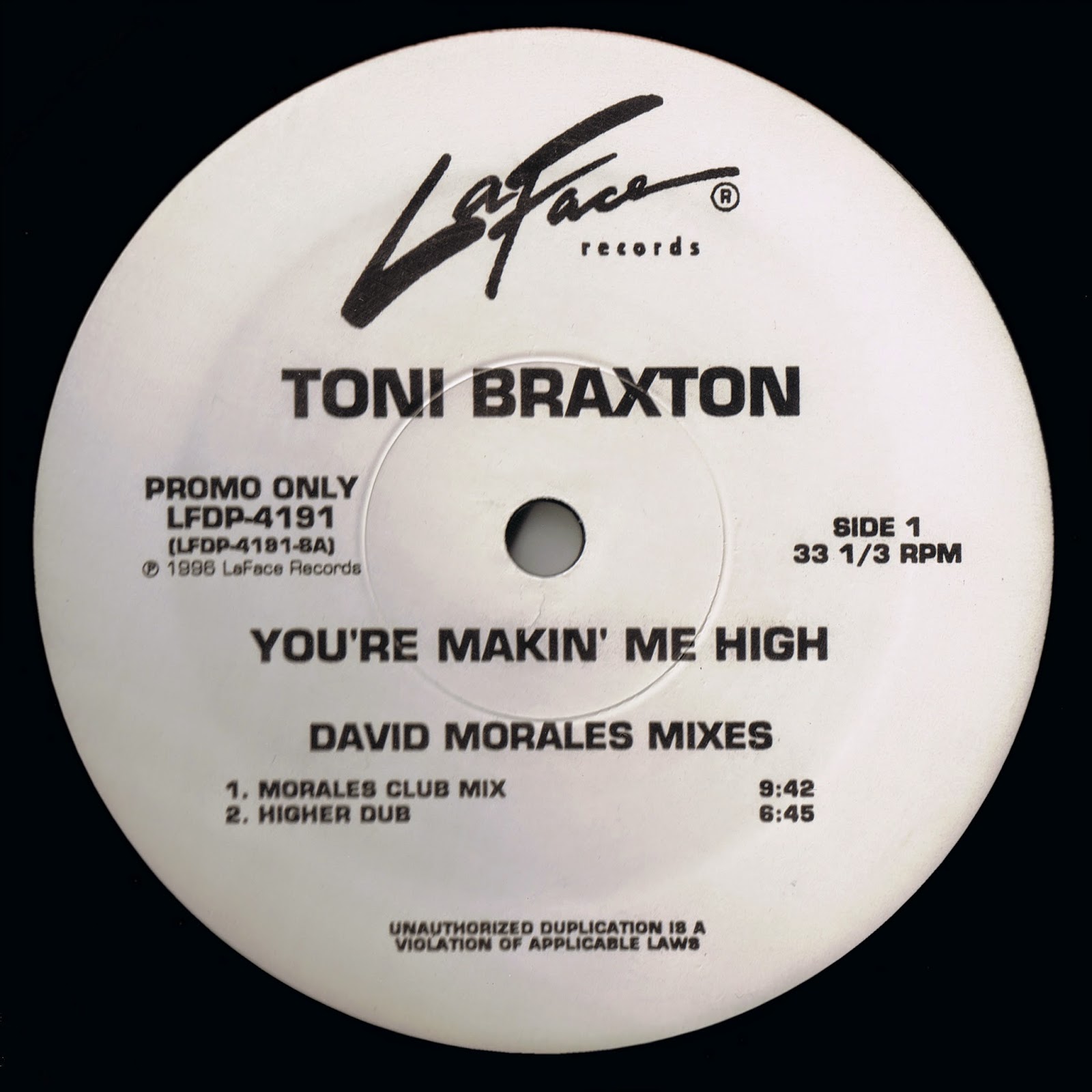 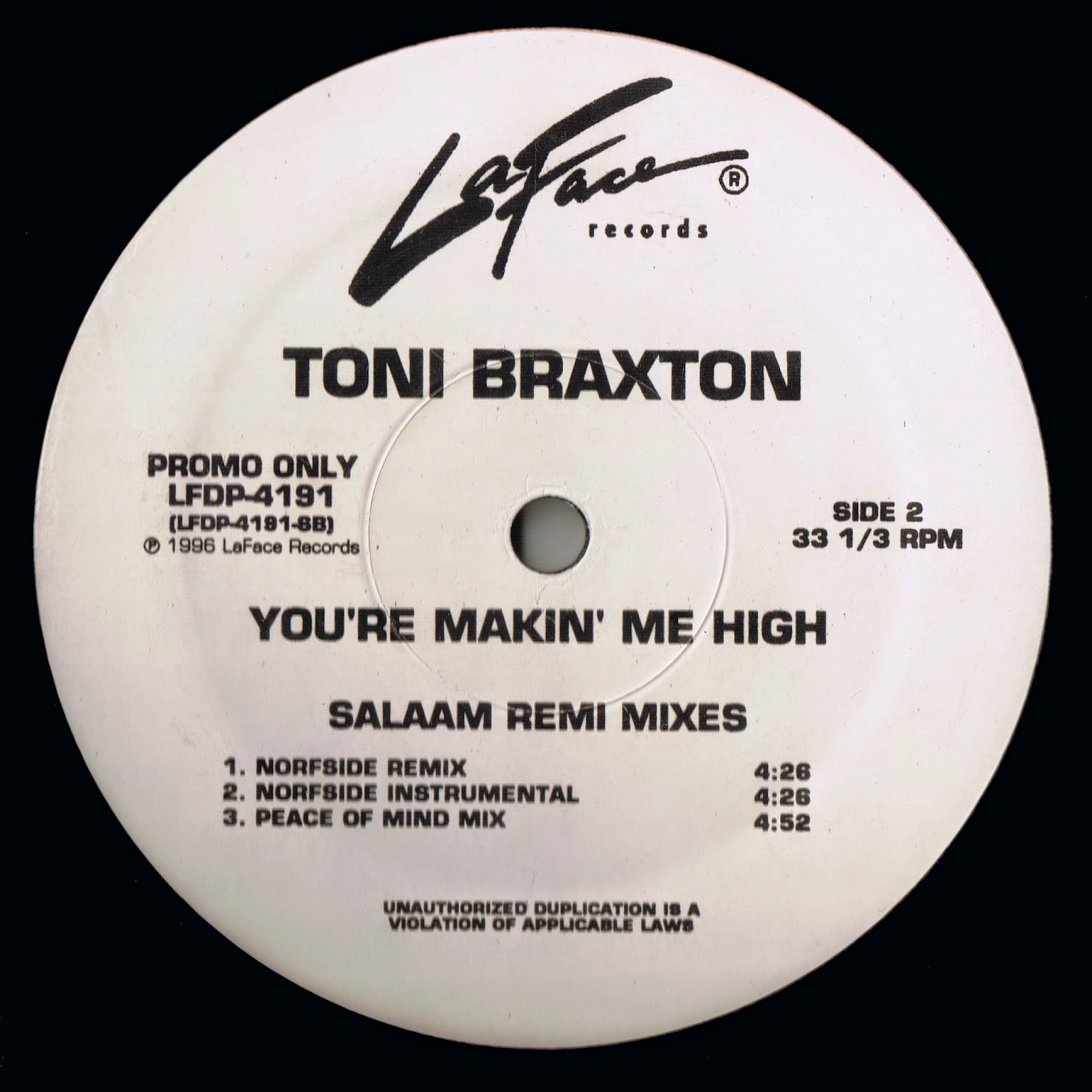 Extremely rare promotional 12" (only 500 were ever made) featuring the previously unreleased mixes of Braxton's 1996 hit by David Morales and Salaam Remi. Remi's "Northside" remix was later released as a b-side to "Un-Break My Heart" in Europe but none of the other remixes can be found anywhere else but here. It's a shame as the mixes that were released - especially in the US - suck donkey balls. With the exception of Morales' Classic Mix, there was that awful dance-hall mix with Mad Cobra and another rather unimpressive remix with Foxy Brown that sounded identical to the album version... As a consolation, the mixes on this 12" are all equally excellent. The club mix by Morales is a lot more soulful than the poppy classic mix that was made freely available, Salaam's "Norfside Remix", which was made available in Europe, is an old school hip hop remix with jazzy overtones and the "Peace Of Mind Mix" is a Latin-tinged ballad mix. Morales' mixes use re-recorded vocals while Salaam's remixes make use of the original Babyface-backed vocal track. Brilliant.

A1 Morales Club Mix
A2 Higher Dub
B1 Norfside Remix
B2 Norfside Instrumental
B3 Peace Of Mind Mix
Posted by Jewelz Smooth at 3:22 PM 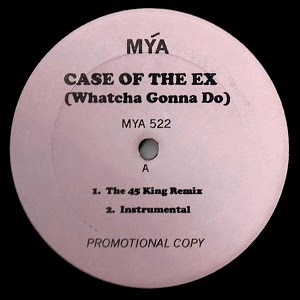 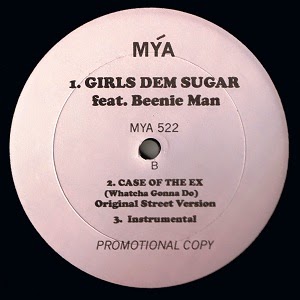 White label masquerading as a promo featuring different mixes of Harrison's 2000 song Case Of The Ex (Whatcha Gonna Do) (Christopher 'Tricky Stewart) and Beenie Man's 2000 song Girls Dem Sugar (The Neptunes.) There are four versions of the former: the A side featuring an underground remix by The 45-King and side B featuring the regular LP version (billed here as the 'original street version.')
~Beenie Man's song is taken from his 2000 album Art and Life. It was later featured on an expanded edition of Harrison's fourth LP Sugar & Spice.

Posted by Jewelz Smooth at 1:28 PM 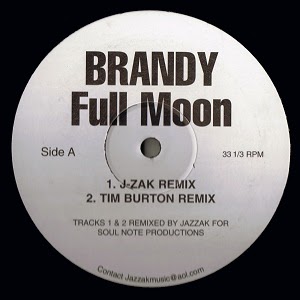 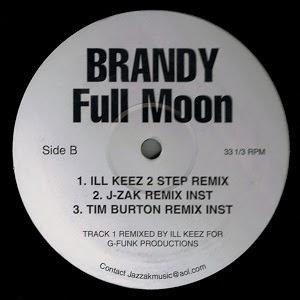 Bootleg R&B and 2-step mixes of Norwood's 2002 song Full Moon by various underground British producers. I am taking a wild guess here that the "Tim Burton Remix" uses a sample from or is at least influenced by one of his various movie soundtracks. This being essentially a bootleg, there are no credits given but it is an fantastic remix - very dark and eerie. The 2-step remix is also rather awesome. The sound quality is excellent, but the beat on the J-Zak remix sounds a bit DIY. Preview all 3 mixes below: