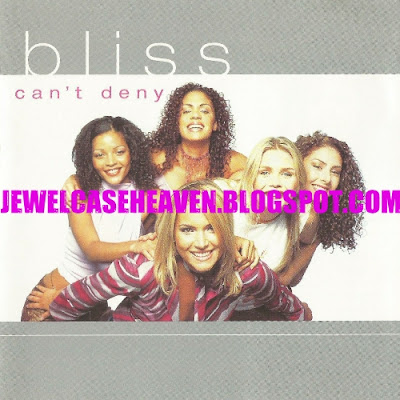 Along with fellow Canadian R&B group Ora, Bliss first appeared on the Canadian-only urban compilation Groove Essentials 2000 but sadly disappeared after only one single. They were slightly more poppy than Ora, who had more of an underground R&B sound, and were managed by the same people behind fellow Canadian urban acts Kardinal Offishall and Glenn Lewis. They were signed to BMG Canada between 1999 and 2000 and this was their one and only single. They were minimally successful but allegedly didn't have enough backing from their label. I don't know if they ever recorded an album but promotional videos to two further songs Still In Love and Are We are available to watch on You Tube. I don't know why but in each video there is always one less member than before...

Posted by Jewelz Smooth at 6:56 PM 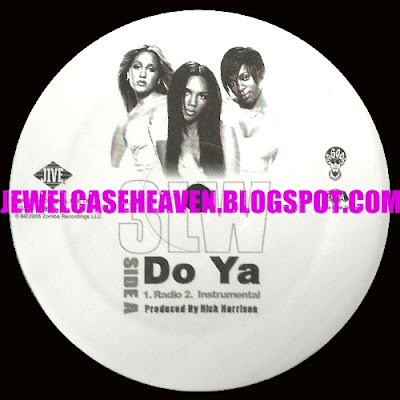 Rare bootleg dressed as an official Jive/Zomba promo featuring two unreleased cuts from 3LW's shelved third album Point Of No Return. The album was scrapped indefinitely when the group were dropped from So So Def's roster in 2006, possibly around the same time that Dupri signed a new distribution deal with Virgin Records. Naturi was totally absent from the group at this time and had been since before the release of their sophomore album A Girl Can Mack. They never fully recovered from all the bad press, most likely a contributing factor to their demise along with Williams' and Bailon's involvement in The Disney Channel group The Cheetah Girls. As said previously, this 12" is not official and was one of a few bootlegs made featuring unreleased songs from the doomed project. This particular one features the Rich Harrison production Do Ya whilst side B features the unknown After This.  Do Ya in particular sounds somewhat similar to Kelly Rowland's 2002 song Can't Nobody but the instrumental is basically just a loop of the song's beginning. A much new and improved sound for the once poppy group with newbie Jessica Benson taking on a much larger role than did Naturi on their earlier stuff...
Posted by Jewelz Smooth at 12:02 PM 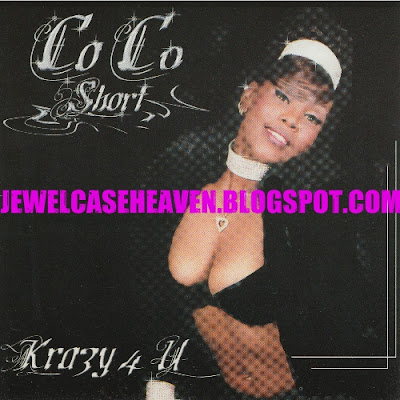 More indie R&B from CA, this time the very first release from L.A.-based gospel artist and practicing minister CoCo Short. A smooth mix of G-Funk and contemporary R&B, it is not mentioned in her back catalog and almost impossible to find. No date of release but possibly post-2000s judging by the sound of some songs... 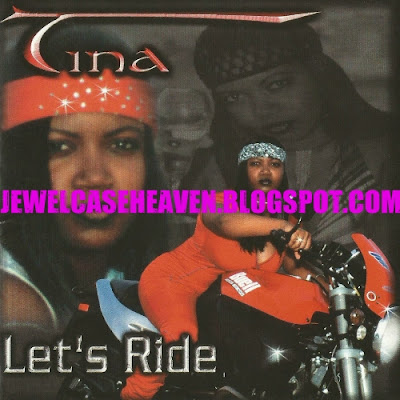 Sophomore release from Louisiana artist Tina (Ashton) who originally appeared on the scene in '97 with her debut Are U. 'Bout It? Despite being released 5 years apart, the two albums are very similar in style - mainly smooth R&B with hints of R. Kelly-ish production. Sadly I myself came close to passing her up when somebody described her as a 'hip hop rapper from New York' - something which she is most definitely NOT.

Given that it is long out of print and the artist herself, like Shanica Bell, now only records gospel-themed music, this album is not as freely available or as cheap as some of the other indie R&B albums I've posted previously. Her debut especially trends at three figures! 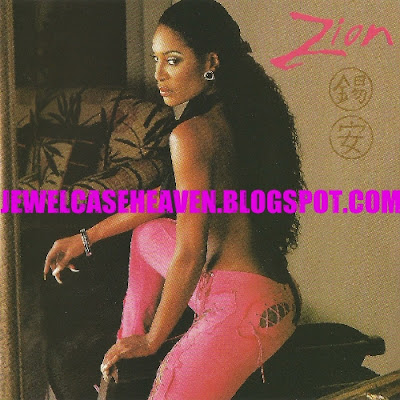 Another decent indie album from the turn of the millennium, this time hailing from Miami, FL. and released via the artist's own private label Zion Records Inc.. A mixture of neo-soul, smooth and contemporary R&B flavors with jazzy, sultry vocals, the album spawned one single Blowin' Me Up (Callin' Me) which apparently made the Hot R&B/Hip Hop singles chart back in '03. Similar to Chante Moore but with a slight ethnic edge.

I brought myself a physical copy but it is available as a digital download in the U.S. so I won't be posting any samples on this blog. Instead visit the artist's own site here. 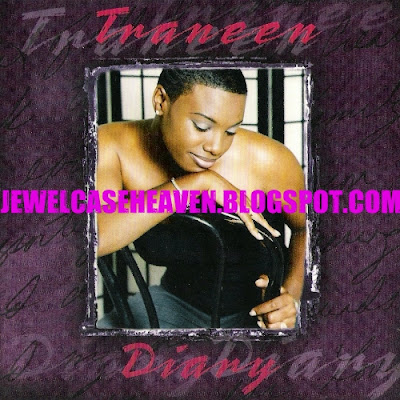 Mega rare smooth R&B from St. Louis, Missouri...usually goes for hundreds of dollars but I am extremely fortunate... The artist previously opened for MO rapper Domino and had been compared to both Lauryn Hill and Faith Evans but her career, unfortunately, was a short-lived one that never really made it beyond the far reaches of her home town.  Regardless, she did manage to hook up with Bobby Crawford (formally of the male R&B vocal group Ol' Skool) on track 4. Apparently the album did produce three singles Come On, Who's That and Feel It but these are all just as obscure. An amazing album from beginning to end.

I am unsure about the piano sample used in track 5 but I have heard it in at least one other song (Taste This from Mya's 2004 album Moodring.) 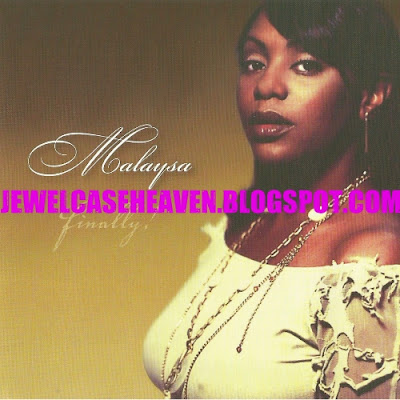 Moving away from groups, I shall now give a brief mention to a few of the more decent-sounding female soloists who released independently in the late 90s and early 2000s. While a a lot of collectors heap hype, prestige and value on indie-soul artists - regardless of the quality of the vocals or the production used - I am a little more strict. I won't waste anybody's time here on vanity projects from failed singers that are relatively tone-deaf or any production that sounds outdated or like it was composed during a junior high school music lesson. And so we begin with the above singer who was based out of L.A. in the early 2000s and had a sound and persona similar to Mary J. Blige. This appears to be her one and only release, possibly on her own label, and is a blend of hip hop soul and contemporary R&B with G-Funk and southern influences. I don't think that it spawned any actual singles and aside from appearing as a featured vocalist for a dance/house act in 2011, the artist herself sadly no longer appears to be active. Definitely one of the stand-out ones so far. 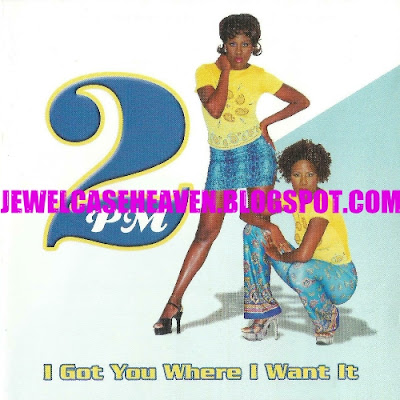 Obscure French R&B duo with a few catchy tunes. They sing in English but their French accents are extremely prominent. Not for everyone but something in their vocal harmonies and tone does remind me of Sade slightly. 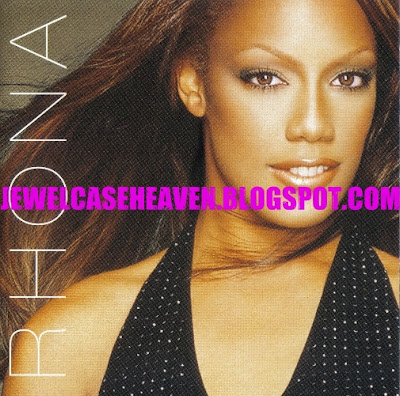 Before she joined En Vogue, Rhona Bennett was one of a handful of acts signed to Jerkins' Darkchild Records imprint for Sony/Epic Records in the early 2000s along with rapper Fats and female R&B quartet So Plush. Unfortunately, possibly owing to Epic over exceeding their budget ($30 million!) on Michael Jackson's comeback album at around the same time, Bennett never got the promotion she deserved and plans for a domestic release of this collection was shelved. Instead it saw a limited release in some European countries and in Japan (where it was issued with a bonus Darkchild remix of the one and only single Satisfied.) Though I am guilty of preferring Jerkins' more poppier arrangements, this is a good album. It's a lot maturer than his other work from that time, though the bonus remix of Satisfied sounds a lot like something Brandy might've done. 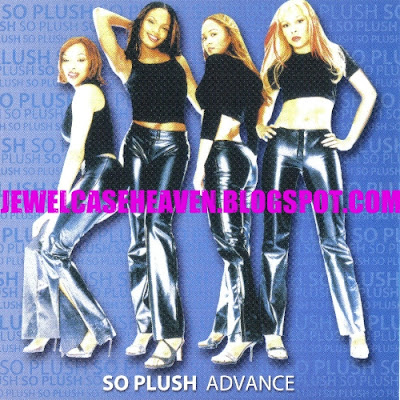 Along with Rhona Bennett and NY rapper Fats, female R&B quartet So Plush were the third and final act to be signed to Jerkins' Darkchild Records imprint of Sony/Epic Records in the early 2000s. They had everything going for them and many big names in the music industry (probably most of whom Jerkins was working with at the time) were quite keen to get their hands on a copy of this album. Jerkins was at this point one of the most in demand producers in the business but sadly for unknown reasons Darkchild Records 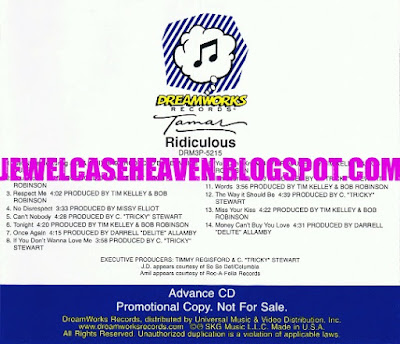 Tamar's debut album was re-worked many times before it finally hit the shelves in 2000 and to my knowledge there are at least two promotional CDs out there with different track-listings; this is an advanced promo of the album while it still had the working title "Ridiculous" and features one track that never made the final cut "Respect Me." This upbeat track took the place of the Christopher 'Tricky' Stewart produced track "Get Mine" and was produced by Tim Kelley and Bob Robinson (AKA Tim & Bob.) Another CD-R promo (04D01509049 0127302) features "Respect Me" and two other tracks ("Just Cuz", "Let Him Go") from the promotional 12". There is no date on this promo, though I'm guessing it was issued a little after the 12". It only has rear artwork-the generic sort with record company logos on that is commonly used for this type of thing-but unlike the other promotional disc, this is an actual professional CD rather than a in-house CD-R. 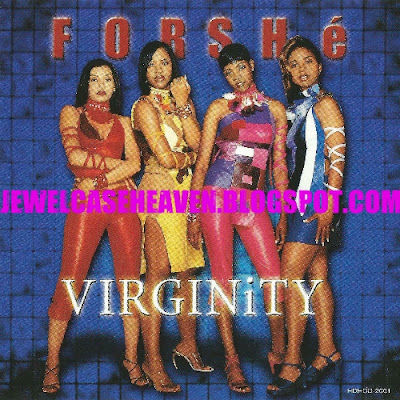 Another fairly decent indie R&B group, this time signed by Edward Holland (formally of Holland-Dozier-Holland) in the late 90s-early 2000s. They released two singles (Someone Else's Guy and Dog Food) which pretty much went unnoticed and their album was not an easy one to find. Definitely one of the best so far though. Very contemporary-sounding and pretty much in line with many other late 90s/early 2000s female R&B groups already mentioned on this blog, but if I could compare them with anyone specifically it would probably be TLC. They definitely have their same in-your-face attitude as regards the opposite sex, something that I've only ever seen a few other female groups pull off without sounding cheesy or just plain silly. All tracks are R&B with the exception of track 15 which sounds like it was inspired in part by Janet's 1993 song Throb...

Posted by Jewelz Smooth at 4:50 PM 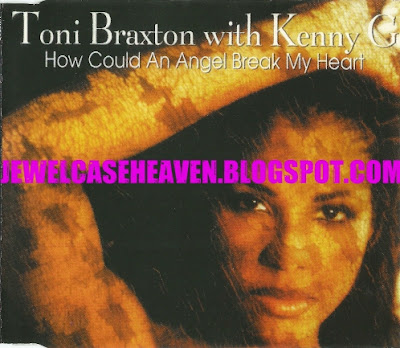 Another Brazilian rarity from Braxton, this time featuring exclusive down-tempo remixes of her 1998 single How Could An Angel Break My Heart. The remixes were done by Brazilian DJ, DJ Cuca; an earlier example of his work can be found on the Brazilian CD maxi promo to Un-Break My Heart where he transformed the original ballad  into a funky down-tempo production. Both CDs are hard-to-find but the above one, in my opinion, is probably the rarer of the two. I didn't even know it even existed until a few months back. The main production here incorporates a sample of Spandau Ballet's 1983 song True, which, surprisingly, goes rather nicely over the original vocals. Also included as well is the original remix version with Babyface.

Thank you again to Flavio for giving me the exclusive opportunity to buy this. 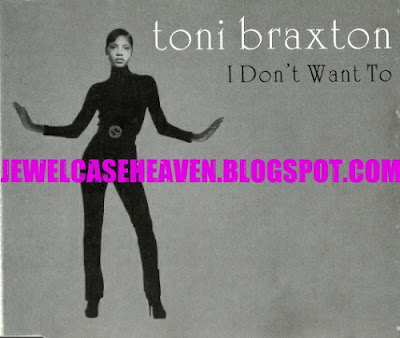 Rare promo CD of Braxton's single I Don't Want To featuring exclusive disco and dance remixes for Brazilian radio play only in 1997. Both appear to be nothing more than beats and keys over the original  R. Kelly production but are very rare regardless. Also includes all the remixes by Frankie Knuckles and Satoshi Tomiie. Thank you once again to Martin from Peru for this contribution to my collection. 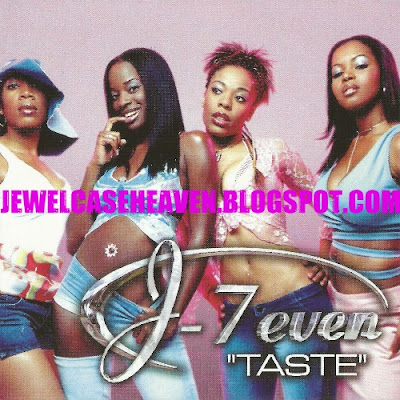 Another independent R&B group from the early 2000s, this time hailing from Georgia and produced by Rico Lumpkins (TLC's Fanmail album.) The song, vaguely reminiscent of Beyoncé's 2003 song Baby Boy, is seemingly the only thing of any significance the group put out and this and a further promotional 12" featuring one other song are the sole two things that the label Richboy South Ent. has listed in its entire catalog.