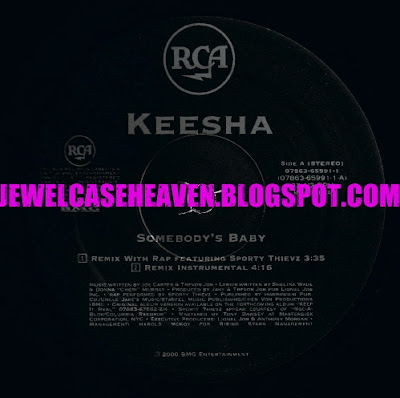 I would've had the promo CD but somebody thought that I should listen to some over-hyped rubbish from VH1 so here is Keesha's second and final single on 12" vinyl instead. Features the remix with Sporty Thievz which goes by the title "Big Red Remix" on You Tube and seemingly was the actual video version (though w/o sporty Thievz). I've been lazy and added a link to this as I can't be bothered to upload my own version from this 12" for the 2 or 3 people that might be interested... 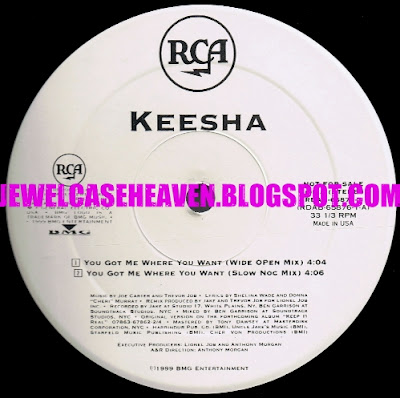 The first of two singles from late 90s R&B artist Keesha (not to be confused with electro-trash artist Ke$ha), who had a sound similar to Brandy and Monica but unfortunately never got the recognition she deserved. In the late 90s, she was a former artist on Mariah Carey's Crave record label but it was shut down before she could release anything. A few years later she signed to RCA records but after two singles You Got Me Where You Want (1999) and Somebody's Baby (2000), our good friends at RCA decided to 'shelve' her debut album. It was around this time that the label was busy promoting the hell out of their new artist Christina Aguilera...

Some nice mixes here too 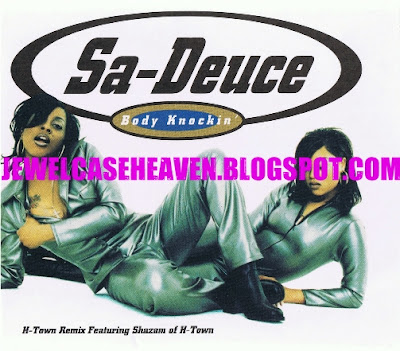 1995 single from mid 90s R&B duo Sa-Deuce and the second of of only two singles to be taken from their one and only album on EastWest Records. The duo were produced by the same team behind Adina Howard and unfortunately were not a success. This CD features the remix version with male R&B quartet H-Town, the LP track Don't Take Your Love Away and some previously unreleased remixes of their previous song Don't Waste My Time. Rare golden-age shit, long before the rubbish auto-tuned trash and monotonous neo-soul that masquerades as R&B these days. 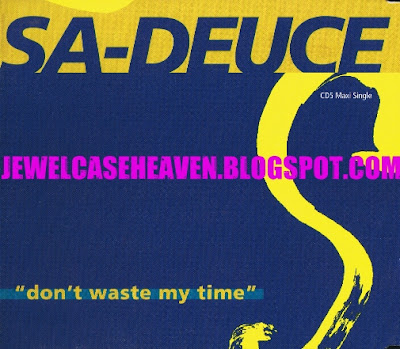 The debut single from Sa-Deuce's one and only album featuring two remixes and a non-LP track. The particular remix on here samples "Blind Alley" by The Emotions and features early punchline rap pioneer Pudgee tha fat Bastard. Despite being the exact same in every other way, the version without the rap is slightly more stripped down.

For whatever reason, this single is near-impossible to find but the promo without the extra tracks is all over  the place.Despite saying "LP Version" in parentheses, Tonight (In The Ghetto) was not featured on their album. 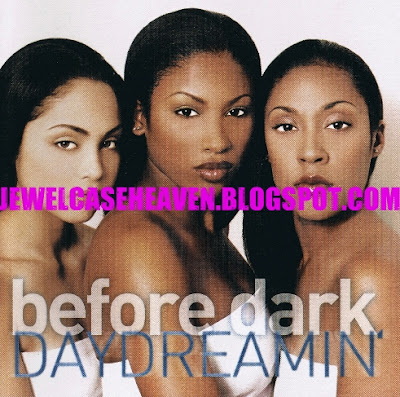 Another slept-on R&B group from the late 90s-early 2000s, this time on RCA Records who it seems have shelved more albums than I have books. Unlike Ericka Yancey though, at least this trio, from South Central L.A., got their album released. Alas, it was not without its setback. After the failure of the group's two singles, the project didn't see the light of day until about mid 2000, about a year after it was originally set to be released. This was due, in part, to the moderate success of the group's third single Monica, which was their first to chart inside the top 100. Production comes from a variety of big-name producers at the time - including Christopher 'Tricky' Stewart, Kevin 'She'kspere' Briggs and Kandi Burruss - so it fits in nicely with other urban cross-over stuff from that era. The album had all the right formula for a hit but as I said before, the early 2000s were a loss for many female R&B groups due to the then-increasing popularity of Destiny's Child. Sadly Before Dark faded away as with the rest of them and RCA closed their urban division altogether in 2001. 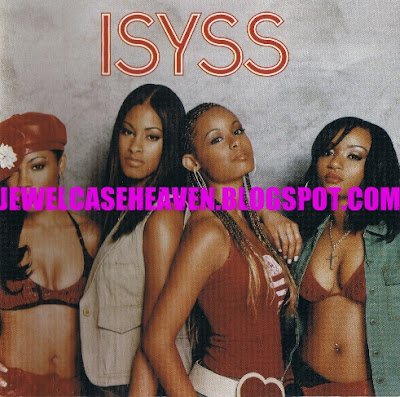 Up till now, I've usually only made it a point to buy singles and promotional items, many of them long out of print and certainly unavailable on Amazon or any other digital outlets but then I realized that in doing this, I was missing out on a lot of good stuff. Due to my own reservations, I would never actually buy a digital album (I buy only physical items for my collection) but I have decided to revisit some slept-on stuff and forgotten gems from yesteryears when modern R&B music was still worth listening to (for me anyways.) The rappers were few, auto-tune was a gimmick and most importantly the producers were still good...