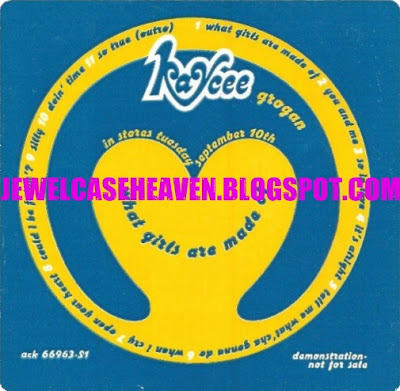 Sadly unreleased project from teenage R&B singer Kaycee Grogan whose only single It's Alright was released in 1996. Grogan had been with the label Columbia since '94 when she appeared on the festive compilation A Joyful Christmas (Columbia/ForeFront Records, 1994.) Unfortunately her debut album never saw the light of day in the US, despite being as good - if not better - than similar projects by Brandy and Monica that were released at the time. After a further promotional-only single So In Love, Mottola passed her off to the Japanese market and nothing further was heard from her. I don't know the particular reason but she was pretty much ignored by the general population (It's Alright made only 61 on the Billboard charts in December, 1996.) Despite this, the music video to It's Alright continues to be offered as a digital download on iTunes.

Both the above promo and the Japanese album (SRCS-8134) are identical but for the packaging. 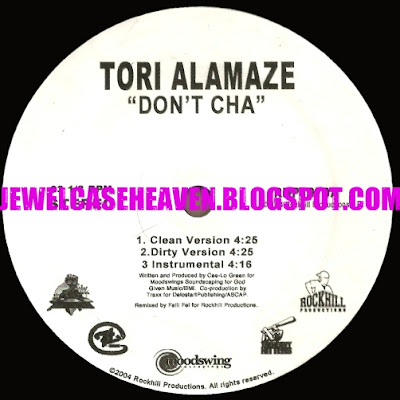 Former backing singer to OutKast, Alamaze was an artist who was briefly signed to Universal Records in 2004. Don't Cha - the song later made famous by The Pussycat Dolls - was originally recorded by her but without Nicole Scherzinger's obvious sex appeal it failed to get any attention and Alamaze was dropped shortly after. Not long after it was offered to UK pop group The Sugababes, PARIS HILTON and then finally The Pussycat Dolls in 2005. Naturally - owing in part to Scherzinger's gyrating booty - it became a massive hit and the rest is history... Alamaze was quickly forgotten about while The Pussycat Dolls become the best-selling girl group of all time after The Spice Girls...

Seeing as this set was pressed before Universal showed any interest in her, I don't know if the b-side Get Away would've eventually made it onto her debut CD or not but it's a straight-talking joint that talks about trying to make a better life for herself. Sadly, I don't know how that turned out for her but in 2006 she was serving as a backing vocalist for UK indie R&B artist Anthony David.
Posted by Jewelz Smooth at 7:55 PM 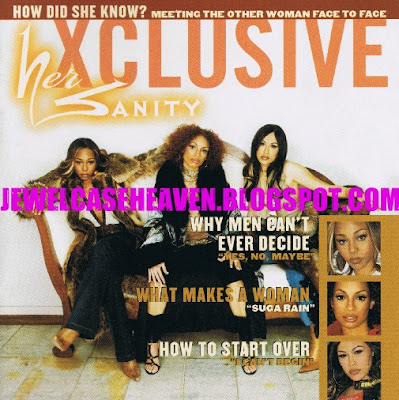 Along with Isyss, LovHer and Lyric, Her Sanity was yet another short-lived R&B girl group that came out of the hype of DC in the early 2000s. They were signed to Motown records in 2002 and this is their one and only full-length release. It straddled the more soul-inspired stuff from the 90s and later urban-crossover stuff quite nicely and featured contributions from Jazz Nixon (Montell Jordan), Laney Stewart (brother of Christopher 'Tricky' Stewart) and Kiyamma Griffin (Mary J. Blige). It spawned one single Xclusive (featuring The Lox) that achieved some degree of success on underground mixtape circuits but sadly it went no further. 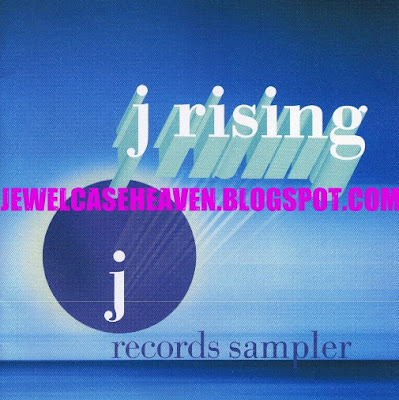 Joi Campbell was a solo R&B artist signed to J Records in the early 2000s and the sister of producer Warryn "Baby Dub" Campbell. Before that she starred in a minor role in the TV series Moesha with Brandy Norwood. After one song Keep It Movin' (produced by Warryn), she vanished from the roster completely. Whether or not she was competing with Davis' other new signee Monica Arnold or the two were just too similar, I don't know, but she re-appeared in 2004 signed to My Block Records.

Included on this set is her first and only single for J Records and another slow jam Love Story, which may or may not have been her follow-up...
Keep It Movin' 3:32
Love Story 4:53
Posted by Jewelz Smooth at 4:34 PM

Along with Isyss and LovHer, Lyric was yet another R&B group that emerged in the early 2000s. They were the first female group to be signed to Clive Davis' J Records imprint of RCA Records in 2002 but unfortunately owing to unforeseen circumstances, their debut effort EPISODE was cancelled and as far as I am aware only the three tracks on this CD and a further three track advance sampler ever existed. Included on this compilation are their two singles (Young & Sexy and Hot & Tipsy) and the rare track Little Did You Know, which was their cancelled third single. Not as poppy as a lot of the other teenage R&B groups out at the time, notably 3LW and Blaque. Features production by Bad Boy-affiliated producer Jack Knight on track 1... 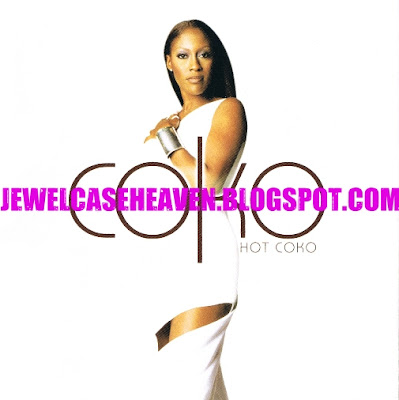 The debut solo effort from SWV's Cheryl 'Coko' Clemons featuring stellar production from Rodney Jerkins and Brian Alexander Morgan. It is a solid first effort, comprising of a mixture of SWV-esque ballads and DC-esque man-hating pop songs. Unfortunately neither the singles nor the album made much of an impact on the charts and owing to the closing of RCA's urban division, Hot Coko is thus far Clemons' only non-gospel solo release.

This particular edition includes two bonus tracks He Be Back (produced by Timbaland) and the Laney Stewart-produced This Ain't Love. He Be Back was originally featured on the soundtrack to the film Why Do Fools Fall In Love and features an uncredited appearance by Missy Elliott.