Tamira: Something For The Soul (Promo CDr) (Self-Released, 2006) 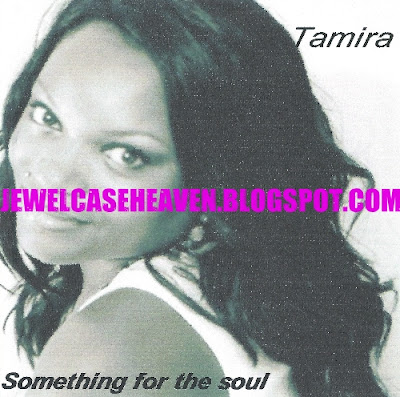 I usually manage to find something about these very obscure R&B artists - even if it is just information I find on the CD itself - but unfortunately I may have drawn a complete blank with this one. Whoever the artist is, she does not have an online presence and aside from a very basic track-listing, there is no information to be found anywhere. Possibly a demonstration from a local artist but mainly mid-2000s R&B that sounds like it could've been lifted off any popular album back then - particularly by Mary J. Blige, Toni Braxton, Alicia Keys and others... 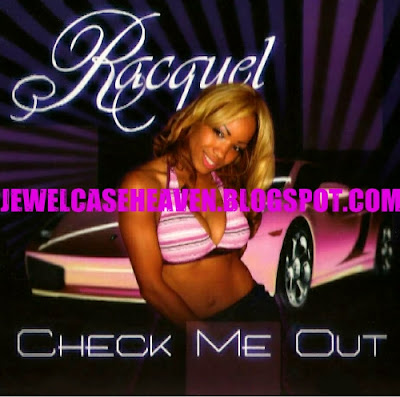 Yet more obscure indie R&B that I can find no information about, this time a CD-R demonstration from Michigan. Unfortunately the artist's MySpace account no longer appears to be active but her music is mainly a mixture of mid-2000s crunk R&B and some freestyle. Not a great vocalist sadly - especially on tracks 6 and 9 where she appears terribly off-key - but some of the slower tracks are quite nice and remind me slightly of Ashanti. 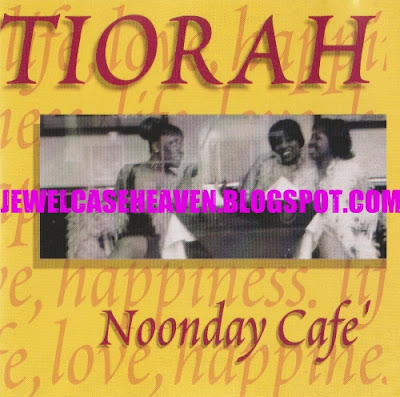 Along with Aaries, here is another R&B group from the the turn of the millennium that used the neo soul format. Hailing from St. Louis Missouri, this unique trio crafted a modern soul masterpiece full of jazzy, soulful hip hop cuts and smooth, classy R&B joints. Sold entirely out of  the producer's car trunk, the buzz generated soon enabled them to open for many big names in the music biz, including Stevie Wonder and Boys II Men. Sadly they have since disbanded but the lead singer is now a host at St. Louis performance venue Cafe Soul. 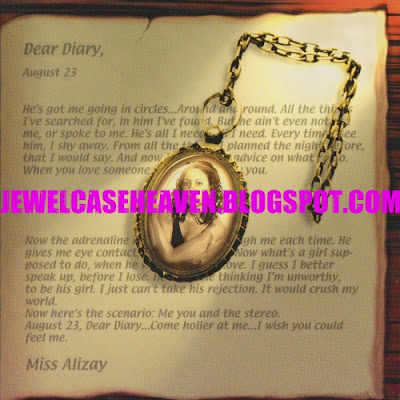 More obscure indie R&B from the windy city... The overall sound - mainly late 90s smooth R&B - is good though the artist and her producers sadly don't seem to exist anywhere. The web domain of the record label UrbanLife Recordings, Inc. now seems to be registered to a shitty EDM label based out of London... 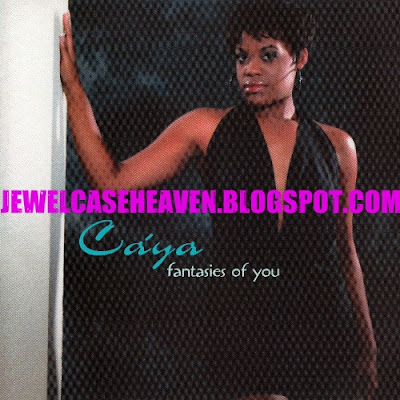 Along with Quanisha and Ebone, here is more exclusive indie R&B that you won't hear anywhere else and hails from Jackson, Mississippi. No date of release given but most of it very eclectic-sounding. A few tracks are bordering on trip hop, others very late 90s jazzy hip hop soul and on others it is more 70s throwback style from the early 2000s. Sadly there is no information about the artist but at least one copy of this album has been sold on Amazon in the past. 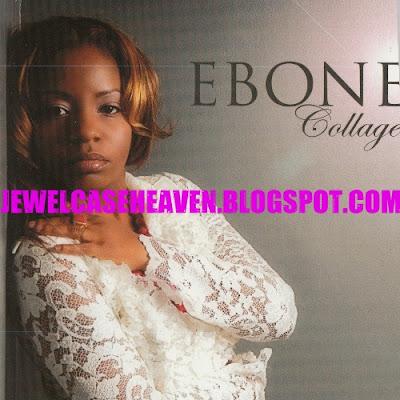 More indie R&B out of Maryland with Ebone Marlowe whose vocal stylings have been compared to those of Brandy. Mainly mid-2000s contemporary soul mixed with a little neo and a little electro, my good friend Nik over at R&B-Music-You-Didn't-Know-Existed picked it up in Baltimore this past spring. Despite being quite an obscure local-pressing, it is not the artist's first. There's no date of release but all information online points to 2006. Sadly her earlier two albums In The Beginning and I'm Ready are even more impossible to find but hopefully someone out there has them... 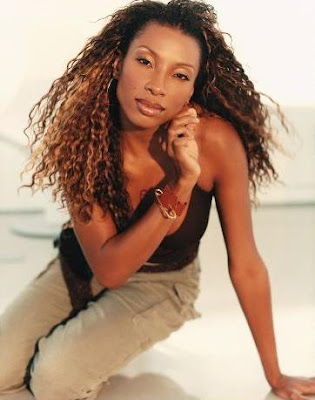 Cheyenne "Maxee" Maxwell was originally a founding member of 90s R&B group Brownstone along with Nichole "Nicci" Gilbert and Monica "Mimi" Doby. They were signed to Michael Jackson's label MJJ Records between 1995-1997 and were best known for their hit single If You Love Me which went platinum in 1995. By the end of the decade the group split and all three members (including new member Kina Cosper) decided to pursue solo careers. Unfortunately it was not without incident. Gilbert signed to MCA 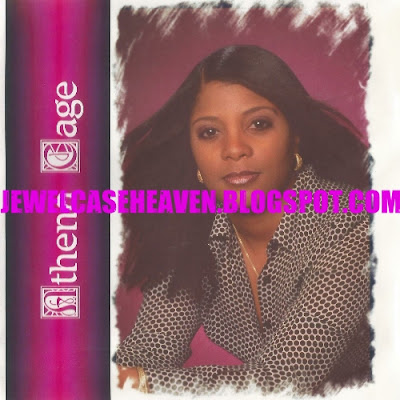 First featured in my short-lived thrift store finds section, this amazing find by former Kut Klose vocalist Athena Cage was undoubtedly the highlight of my crate-digging. Pressed by The Puffin Co. in Washington DC, it is a very early MEGA RARE industry presentation to promote her as a solo artist. Running at just over 21 minutes long, it features a 17 minute biography and two further tracks 'Til You Come Back To Me and He Changed 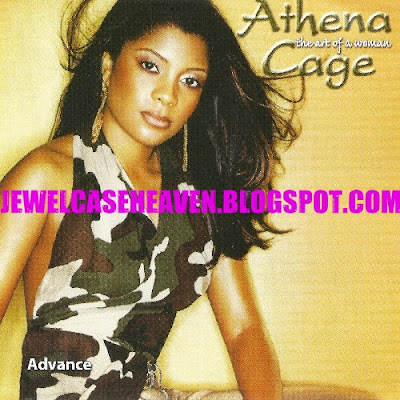 Further shelved music from Athena Cage who, along with Lavonn Battle and Tabitha Duncan, formed the R&B trio Kut Klose in the mid-90s. The trio, who were discovered and executive-produced by Keith Sweat, released three singles between 1994-1995 and were mostly known for appearing on Sweat's 1996 hit Twisted which made number 2 on Billboard's Hot 100 chart. Sadly their time on the music scene was 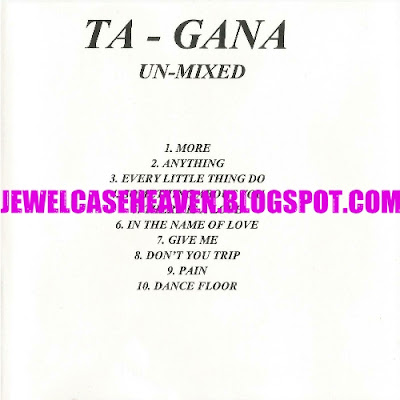 Early CD-R demonstration of Ta-Gana's shelved debut featuring tracks and versions not present on the final Hollywood Records release. I don't exactly know the authenticity of it given that it says nowhere who it was made for and the disc is a silver Mitisu CD-R with printed text, but I analyzed the tracks and they are not from a lossy source. In short, the file system on the disc is CDDA and not from an MPEG (mp3) source. I am inclined to think that somebody cloned a DAT although I am not entirely sure. The different tracks included are the significantly more upbeat More, Anything and the Save The Last Dance soundtrack cut Dance Floor. All were removed in favor of slow jams and mid-tempos on the final version. Sadly the record company, in their infinite wisdom, decided that they wanted to keep her as a crooner instead. Also included is an alternate version of the track Give Me which on the final version was produced by Gregory Curtis. I don't know who produced the version here but it is slightly more uptempo and also includes an alternate vocal take. 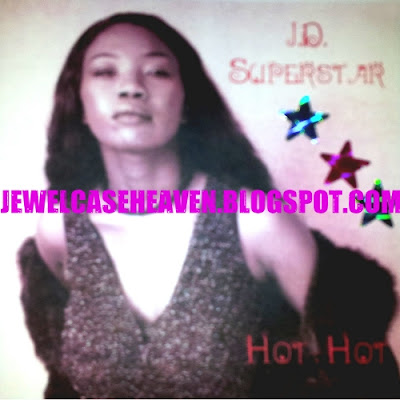 Mega rare private release and kindly donated by one of my regular buyers from Germany. The album, which consists of 11 tracks, appears to be a self-pressed CD-R demonstration but despite the local producers who most likely had a hand in making it, it did not turn out half bad. Hard For The Money especially gives a slight nod to DC's Independent Women while Black Rain incorporates elements from Stand by Me by Ben E. King. A further track Hard For The Money (Remix) uses a sample from The O'Jay's 1973 song For The Love Of Money. Great production on these tracks - a mixture of DC & J-Lo-esque urban-pop, Latin-pop and some slow jams - and great vocals. Sadly the artist I know absolutely nothing about but if anybody has any further information please feel free to drop me a line. 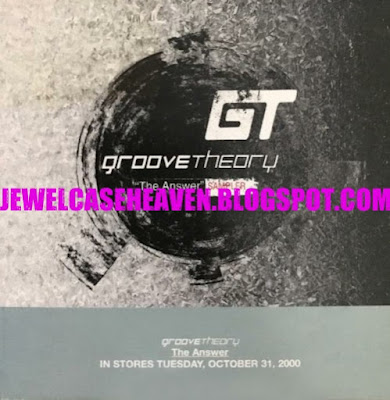 Originally comprised of producer and ex-Mantronix member Bryce Wilson and singer-songwriter Amel Larrieux, Groove Theory originally started out in the mid 90s. Their music sparked the beginning of the neo and hip hop soul movements and they are probably best known for their debut single Tell Me which reached the top 5 on the Billboard Hot 100 and R&B charts in 1995. At the end of the millennium, Larrieux left to pursue a solo career and was replaced by Makeda Davis. Having previously been with Epic Records, the new duo then signed to Mottola's Columbia Records which sadly did not end too well for them. After one single 4 Sure, Wilson left the label after expressing dissatisfaction with the way urban music was handled (you only have to look at Mottola's history with Mariah Carey to see that he wasn't necessarily the biggest fan.) They had recorded a full album The Answer which - for obvious reasons - then went unreleased. It had more of a contemporary R&B/hip hop feel than Bryce's previous effort with Larrieux which may have also played a part in the duo's demise as well. Mainly a mixture of industrial-driven hip hop and street R&B with a slight neo-soul edge. 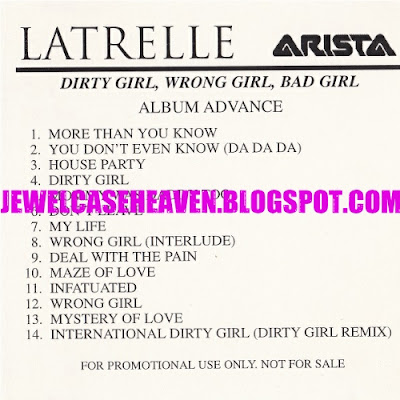 While Antonio 'LA' Reid was busy prepping the likes of Avril Lavinge and P!nk for stardom in the early 2000s, he let many genuinely talented acts slip through his fingers. Isyss and The' Rayne - two female R&B groups that could've been bigger than Destiny's Child and TLC had they been given adequate promotion - and this incredibly talented singer-songwriter - similar to Alicia Keys - who was sadly let go after two singles. On recommendation from Kenneth 'Babyface' Edmonds and his wife Tracey Edmonds, Reid had signed her on the spot and The Neptunes - continuing on with where they left off with Kelis a few years before - did a fantastic job of producing most of her debut. It was to be released in 2001 but after being pushed back about half a dozen times while the likes of Lavinge and P!nk went platinum, it was finally cancelled altogether. Classic Pharrell before the preoccupation with alternative crap artists such as Paloma Faith and Ed Sheeran and another one to add to the ever growing list of doomed projects from Reid... Props once again to Musik Guru of iAmDopeBeats for contributing this classic... Further unreleased music from Disney's Hollywood Records with Denver native Ta-Gana who, after making a few soundtrack appearances between 1999-2000, was quietly shelved and forgotten about along with fellow R&B singer Sy Smith. Yes, while most other doomed artists were at least given the privilege to record a single or two, Ta-Gana was a soundtrack-only singer. She appeared on musical scores for The Parent Trap (1998), 10 Things I Hate About You (1999) and Save The Last Dance (2001) but sadly it was not enough to warrant the release of a whole album. Raised in the bosom of the church, she was a gifted vocalist but even super-producer Rodney Jerkins could not help get this project off the ground with zero promotion. To be quite honest, I don't think that Disney knew quite what to do with anything that wasn't aimed at 7-years-olds.

*Produced by Vincent Herbert
**Produced by Rodney Jerkins
Posted by Jewelz Smooth at 11:31 AM