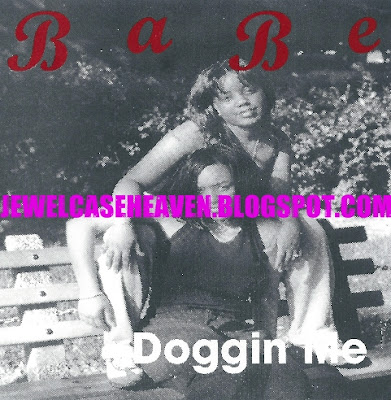 Another quite obscure sister duo from the late 90s and again something that doesn't appear to exist anywhere outside of two Eklablog sites by fellow collectors in France who have it listed. There's no bar code on the back but the label Sound Street Entertainment was based out of Elizabeth, NJ in the 90s. 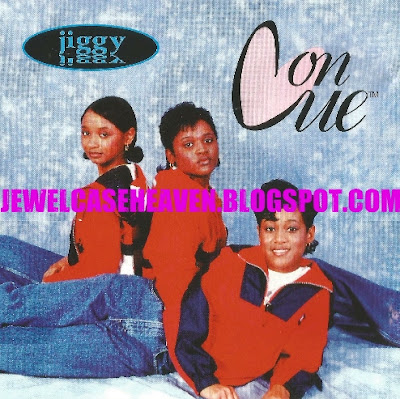 From Florida, another single-only release from a female R&B group in the 90s. Sadly there's no information on them anywhere but the song did make 21 on Billboard's Bubbling Under Hot R&B Singles chart in September of '97 and is currently available as a digital download on Amazon and iTunes via Southern Music. 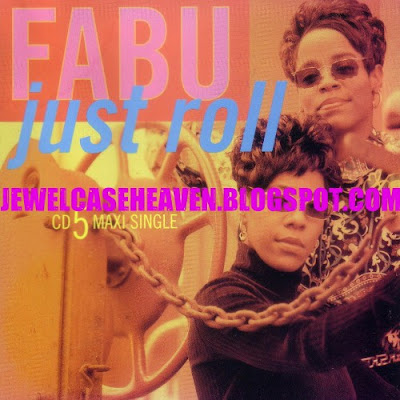 From Detroit, a further duo that never went beyond one single and released via the Atlantic subsidiary Big Beat Records in the mid 90s. Despite this they were still quite underground but did manage to scrape the Billboard Hot 100 chart in 1995. Alas they never released anything else but Janine Williams of the duo released a solo EP in 2001 which I shall be posting in due course. 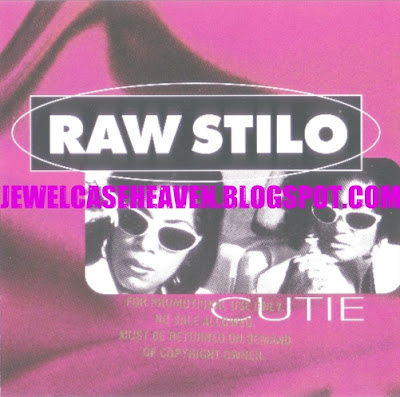 Bearing a slight resemblance to Adina Howard's Freak Like Me, here is another bomb from the mid 90s that never had an album. The duo, from NYC, were the one of the first acts to be signed to pop producer Ric Wake's then newly formed label DV8 Records in 1995 which was a joint venture between Wake and A&M Records. They achieved moderate success, reaching number fourteen on the Billboard Hot R&B Singles chart but despite the expectation of an album in the first quarter of '96, they never released anything else. I don't know why but truthfully, I don't think that Wake was all that brilliant at managing urban acts. A further R&B act on his roster Zakiya was also quite neglected and her sophomore album shelved completely in 1999.

Nonetheless both members Carmen Brown and Chandra Simmons are still quite active in the music industry and have solo albums on CDBaby. 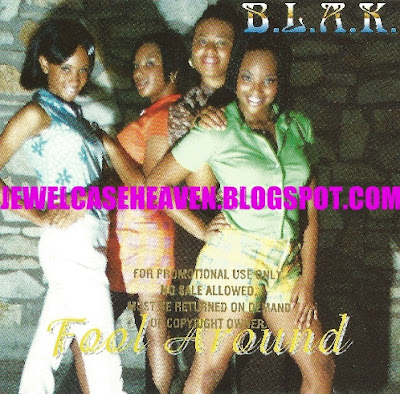 From Houston TX, a further obscure indie R&B quartet from the mid 90s. Unfortunately, again, I can't tell you anything about them but their name is an acronym for Briana, Lori, Apryl and Kristi. A nice chilled R&B track with a catchy hook, the producer Greg Curtis was formally a gospel producer and later went on to produce and write for the likes of Keyshia Cole, Raphael Saadiq and others.

I don't know why but any copy of this I've seen has had a "promo-only" stamp embossed on the front of it. I don't know if it was ever actually released or not. 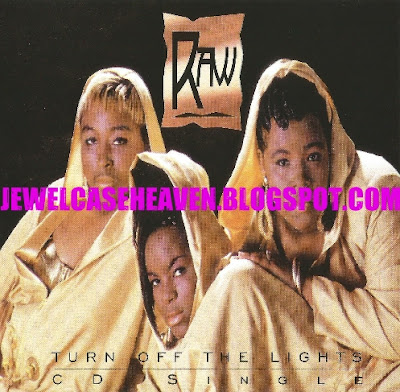 Another fine bomb from the 90s that never had an album. Released at an time when New Jack Swing was on the decline, the sound is smooth Chicago-style R&B with a little gospel on the b-side. Sadly they were pretty underground but one of the members Cree later released an album independently which I shall be posting in due course. 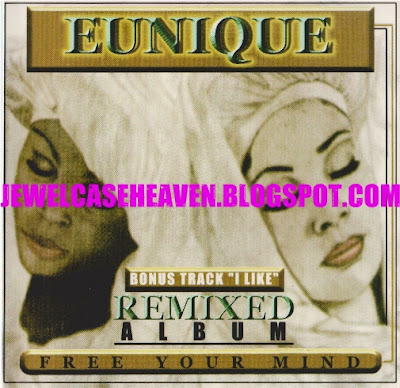 Sole album from Oakland, CA duo Eunique and originally released via their father's label Ghani Music in 1995. Unfortunately I can't tell you anything about them but they sound like a slightly stripped down version of En Vogue-meets-the-Mary Jane Girls. Although quite underground, this album was obviously popular enough to warrant a re-release in 1998.

Another exclusive brought to my blog by my good friend Stuart. Drop by his blog here and show some luv. 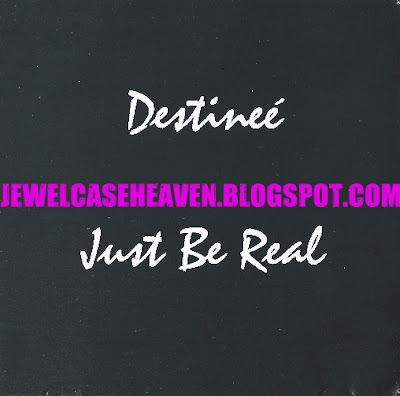 A further single-only release from an under-the-radar 90s R&B group and originating from New Orleans, LA. I don't know much about them but it seems they were produced by 90s New Jack Swing artist Colin England. 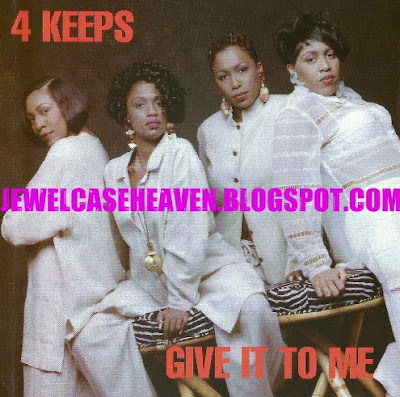 After primarily focusing on female R&B groups from the early 2000s, I now intend - beginning with this New Jack Swing quartet from 1994 - to explore some of the earlier indie ones from the 90s. The producer Walter "Mucho" Scott was formally in the group Basic Black and was responsible for a few minor hits back then including Riff's Judy Had A Boyfriend (1993) and Blackgirl's 90s Girl (1994.) Unfortunately it appears that this is the only thing the above group ever did but does have an honorable mention in Billboard magazine (9/8/95 issue), where it was described as a "retro-funk-laced shuffler." Probably the best non-commercial New Jack Swing tune from a female group I have heard thus far, it has a hook to die for. 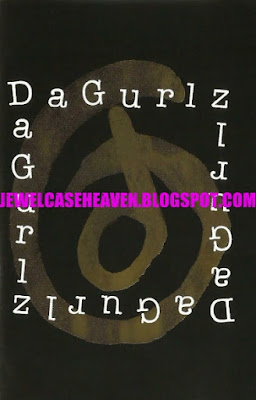 Along with J Parker, here is another obscure R&B release from Augusta, GA label Mega-Fidelity Records and this time a funky female duo similar to En Vogue. Released on cassette only, again there is no date of release but if going by sound alone I would say possibly early to mid 90s. The production isn't quite as polished as J Parker but the producer Rod "Kat Daddy" Nickerson was formally a member of the Augusta soul/funk band Le Klass in the early 90s. 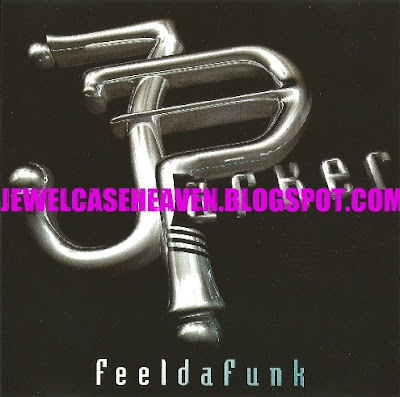 As a rule, I don't usually pay much attention to male R&B artists but I could not pass up on this hidden rarity that I found on Amazon. The more hard core collectors need not worry; I don't intend to ever spend a lot of money on male artists but I do respect an amazing deal when I see it. The label Mega-Fidelity Records was based out of Augusta, GA in the 90s and was responsible for a handful of local artists back then, mostly as a way of promoting them to major labels for consideration. Unfortunately many of these releases are long out-of-print and presently only a CD by an alternative rock artist called Kat Turner is widely available. Sadly I don't know the above guy's story but his style is synonymous of mid-to-late 90s R&B, particularly from male artists and groups such as Joe, Usher, Boyz II Men and others. Mostly smooth contemporary R&B with the exception of track 5 which is a southern bass-styled track and its techno remix (8) which is pretty much identical to the original but for some alternate instrumentation in the hook and a slightly sped-up beat. Brilliantly sung and produced; this guy and his producers are obviously professionals.

Another mega rarity brought to you by Persnickety...just remember you heard it here first.

Kenisha: Believe In Yourself (Jam'G Productions, 2003) 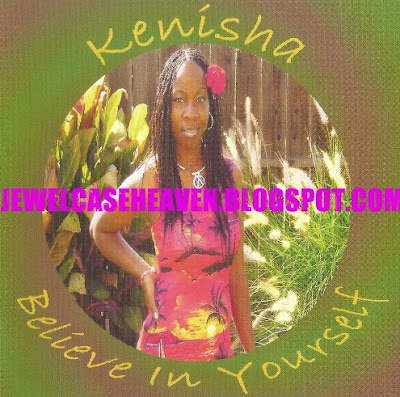 From Oakland CA, another obscure indie release but thankfully one that does have an online presence of sorts.The website for the label Jam'G Productions is still active although they have not had any new artists since 2007. The label owner and producer Jam'G (James Tall) is a musician in his own right and has a few albums under his belt on CDBaby. The artist Kenisha Fisher sadly doesn't seem to be active anymore though the liner notes to this CD say she was inspired by Brandy and the late Aaliyah. Mainly a very upbeat R&B album with hip hop and G-Funk influences. 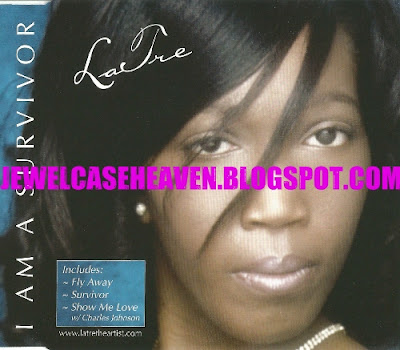 Another obscure release from Michigan and yet another one that unfortunately eludes me. For whatever reason it comes packaged in a slim jewel case but this is a full album, mainly late 90s contemporary R&B with hip hop and neo soul influences. Track 4 was obviously influenced by Zap & Roger's song of the same name while track 7 bears more than a passing resemblance to Mariah Carey's Through The Rain, even down to the lyrics in the chorus. Considering this album was out two years prior to this, I am wondering whether or not Carey might've happened on it and used it as an inspiration of sorts.

Tiffani: What Can You Offer (Vizzon Entertainment, 2001) 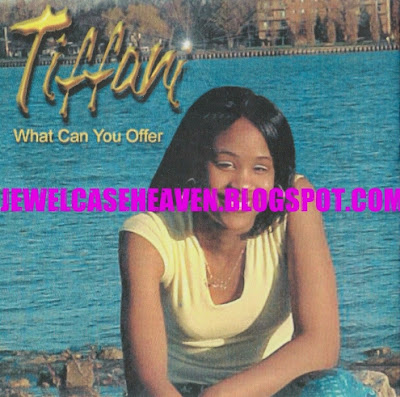 Another obscure release out of East Pointe, Michigan and sadly yet another one to add to the list of artists I can find nothing about. At just over 38 minutes, it is a very short album - mainly in the quiet storm R&B category - but the artist has a lovely sweet soprano. 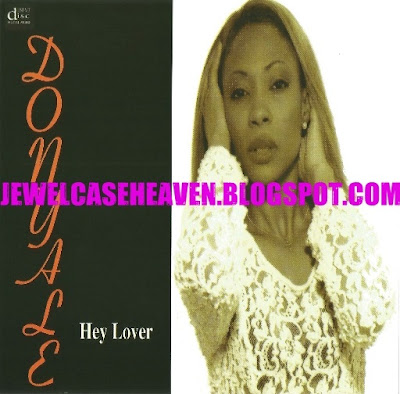 Another obscure EP from an Atlanta, GA artist and released via an obscure indie label in the late 90s. The artist Donyale Fredericks appears to still be active and has even done work in Japan but sadly the above CD is the only work that she ever did by herself. Much like the previous post, the type of music is smooth 90s R&B with G-Funk & soul influences. Totally brilliant, and a reference to Toni's How Many Ways is in track 6... 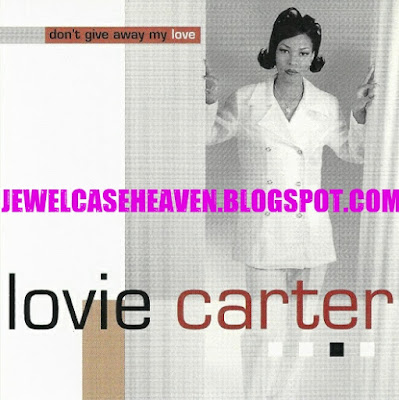 Another self-released EP from an obscure female artist and mainly smooth 90s R&B with G-Funk and soul influences. The producer is from the greater Detroit area but I am uncertain about the artist herself. There is no information about her anywhere online. 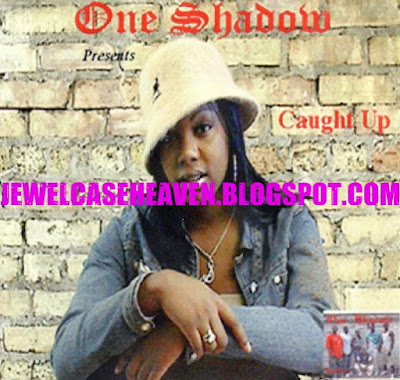 Another demonstration EP from an obscure indie artist and a mixture of early 2000s hip hop and contemporary R&B in the style of Scott Storch, Missy Elliott and others. Not much information to be gleaned anywhere - this EP was not widely released - but the artist's name is "Stratus" and not "One Shadow."  Possibly based out of Brooklyn NY although I cannot say for certain... 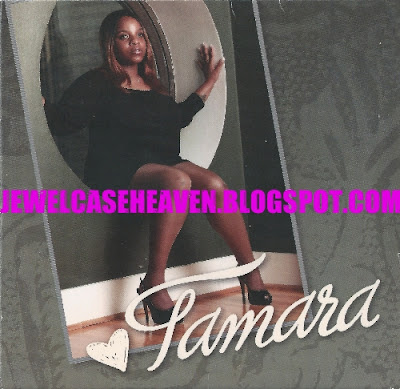 Unfortunately another one to add to the list of artists I can find nothing about, but here is another indie R&B singer from the mid 2000s and again based out of Chicago. Vocally she seems to be inspired by Brandy and Beyoncé but her music leans a little more towards the hip hop soul genre with a little blues and even some rock mixed in. Sadly her Myspace page www.myspace.com/tamaraonagrind is no longer active but according to the liner notes, this is her second release...

Another super exclusive brought to you by Persnickety...just remember where you heard it first! 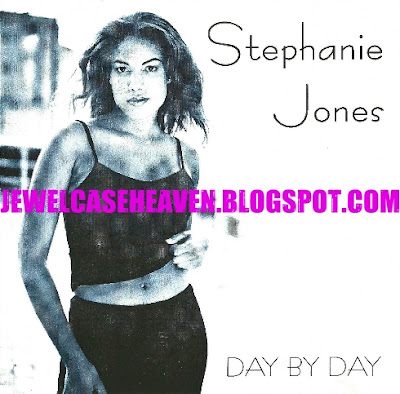 Another obscure title from a Canadian artist, this time self-released in 2003. I don't know if it spawned any singles back then but in 2012 the song Day By Day was available on Canadian iTunes. I don't know why it took the artist almost ten years to release it but it seems she re-recorded it and turned it into a soft-rock type song instead. Back then she was more influenced by the teen "urban explosion" which was popular at the time, notably Christina Milian, JoJo and others.Very well produced and radio-friendly even, there is no information about this disc anywhere. It may well be a private demo although I don't know for certain. I came across it purely by chance. Sadly she no longer appears to be active though she has since uploaded a video to the song Day By Day to YouTube.

*by another artist Lil Dee and features Jones only the hook. Both Lil Dee and Emotionz (featured on track 9) are Vancouver-area rappers.
Posted by Jewelz Smooth at 10:27 AM