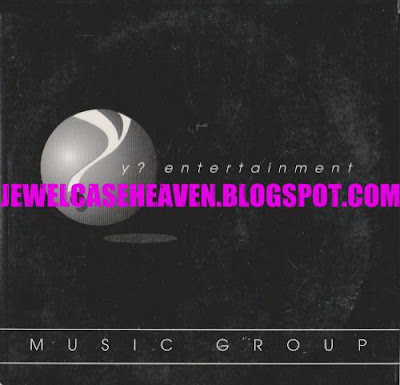 The second of two groups signed to Oakland-based label Alien Records, which was set up and owned by veteran producers Denzil Foster and Thomas McElroy in the mid 90s. As far as I am aware, this group - an R&B sextuplet - never released a single and the three tracks on the above sampler is the only work by them I could find. I know nothing about them but they later changed their name to Sol Eklypse and under this pseudonym, they were briefly signed to Warner Bros. Records. At least two tracks from the above set ended up on their proposed album Ghetto Sol, which may or may not have been recorded for Alien initially. Produced by Foster & McElroy, some were very reminiscent of En Vogue's style although the project was abandoned in the end. 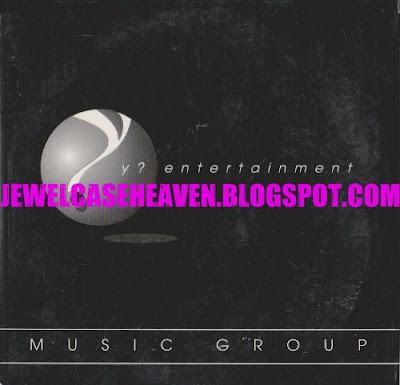 As stated in my previous post Alien Records (also known as Y? Entertainment) was a joint venture between veteran producers Denzil Foster and Thomas McElroy (En Vogue, Tony! Toni! Tone!) It was active between 1996-1997 and briefly boasted four R&B and hip hop acts, rapper To Be Continued, Filipina R&B trio Premiere, funky sextuplet Eklipse (later Sol Eklypse) and the above smooth male R&B group whose promotional single I posted previously. Most - if not all - were produced by Foster & McElroy themselves which resulted in a very commercial, radio-friendly sound but only one act, Premiere, ever actually made it anywhere (released one single, a full-length album and even went as far as Germany.) Rapper To Be Continued was the next semi-successful act, releasing one single in 1996 but her album For Dirty Minds Only was shelved shortly after. The two remaining groups appeared to never make it past promotion although the above one fared slightly better than the sextuplet; they at least got a promotional 12" (see previous post.) Included on the above sampler are three additional tracks by them, presumably recorded for their album Required which was not released.

Many thanks once again to Stuaaart
Posted by Jewelz Smooth at 2:03 PM 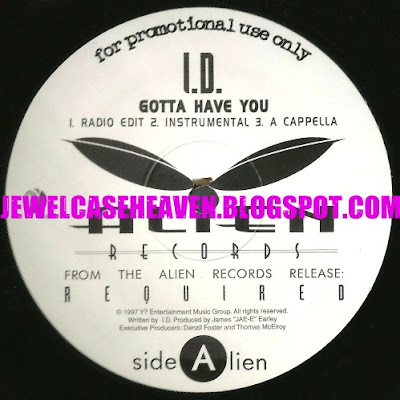 From the producers behind En Vogue's early work, a further smooth male R&B group - similar to Blackstreet - that sadly went nowhere. This one promotional 12" is the only thing that they ever released and their album or EP Required appears to have been shelved shortly after. They were one of a few local artists signed to Oakland-based label Alien Records along with the Filipina R&B trio Premiere, sextuplet Eklipse (later Sol Eklypse) and rapper To Be Continued. Most - if not all - were produced by label developers and CEOs Foster & McElroy of En Vogue and Tony Toni Toné fame. The sound was very commercial but sadly most never made it to mainstream release (see next post.) Top tier 90s R&B before the era of supporting rappers, Sean "Puffy" Combs and Rodney "Darkchild" Jerkins. 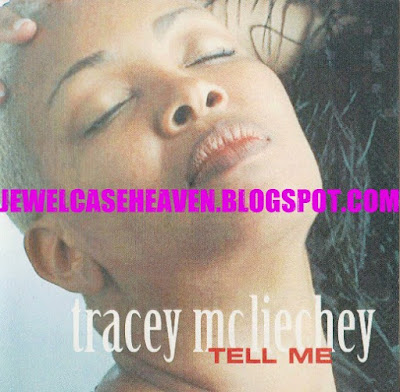 With a vocal tone and musical style similar to that of an early Chante Moore, here is another great find from my regular contributor and good pal Stuaaart. Mainly a very smooth album, combining facets of soft jazz, neo soul and mellow R&B flavors, the artist sadly is an obscure one but I believe she hailed from Grand Rapids, Michigan while the label itself - which is nothing to do with semi-commercial British label of the same name - was based out of Chesapeake, Virginia. No information about any of the people involved but for one of the executive producers Widzer St. Juste, who was a South Jersey-based producer of gospel, R&B and pop and active on the underground circuit in the late 90s. Many thanks again to Stuaaart for sending it my way 😉

A Beats4DaStreets and Jewel Case Heaven exclusive only. 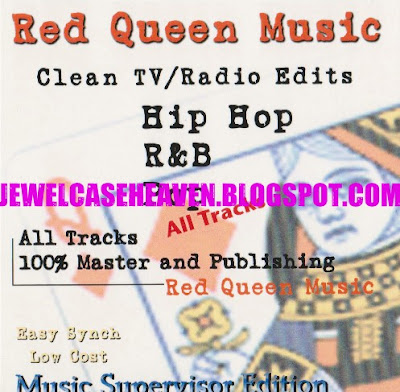 The third and final compilation and featuring a selection of hip hop, R&B and pop radio edits from various obscure artists signed to LA-based indie label Red Queen Music. Mainly urban music with the exception of a few adult contemporary and teen pop stinkers, the vast majority of the tracks come from Long Beach hip hop and R&B artist Bigg Blue who had previously worked with Coolio, 2Pac, Daz Dillenger and others. He released his own album Dippin' Tonite in Japan in 2002 but his career never really took off in the U.S. and he remains an underground artist to this day. In 2003, he released a 2Pac-tribute album which is available for download on CDBaby; two featured tracks Who's Dat and Thug In Me later ended up on here so I have declined to post them but the remainder tracks are unreleased to my knowledge*.

Thanks again to Stuaaart for the contribution.

*1 track What The Hell was included on his album Dippin' Tonite but seeing as it was only ever released in Japan, I am classing it as unreleased.
Posted by Jewelz Smooth at 8:26 PM 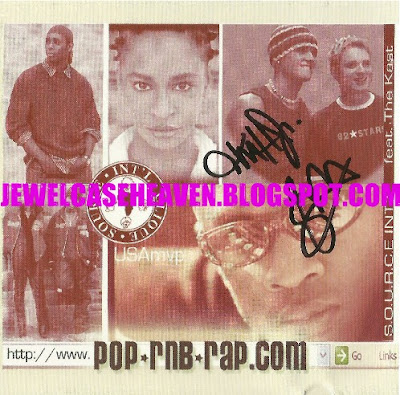 On indie label USA Records LLC, the second of three indie R&B and hip hop compilations featuring mainly obscure local-area artists, most of which went unreleased and don't come up in any searches. As for this particular comp, the only ones I can find any information on are A.Fraz, Stevano U.G.O., The Kast and Madarocka; A.Fraz now goes by the name of Aulando Frazier and released an digital-download album in the mid 2000s (Music Is My Life from the above set is featured on it but his other two tracks here are unreleased) as did rapper Stevano U.G.O. Upstate NY hip hop/pop duo The Kast released an album Anyway U Want It in 2001 but I believe the tracks here were recorded for a later project that went unreleased. Unreleased female MC Madarocka hails originally from Nigeria; she never released a single or an album to my knowledge and as with the rest of the artists on this compilation, can be found only here. No date of release but as per the albums by Frazier and Stevano U.G.O., the mid-2000s at the very least.

From the Washington D.C. area but not entirely certain. 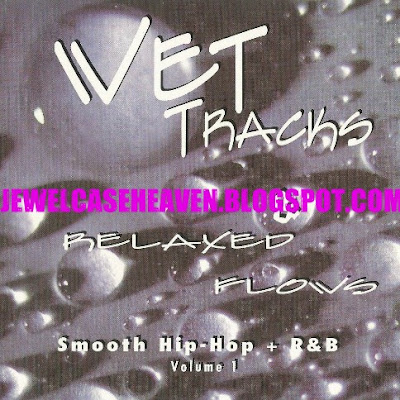 Chilled, smooth and laid back, the first of three compilations featuring an assortment of obscure hip hop and R&B artists, many of which appear unreleased or extremely local at the very least. From Chi-Town, the hip hop artists on this set I know nothing about but I believe the featured R&B artist Chris Chandler is mostly known for his work with NYC hip hop group The Beatnuts. To my knowledge, he never officially released any work of his own but did play an active role in the general production of this album. 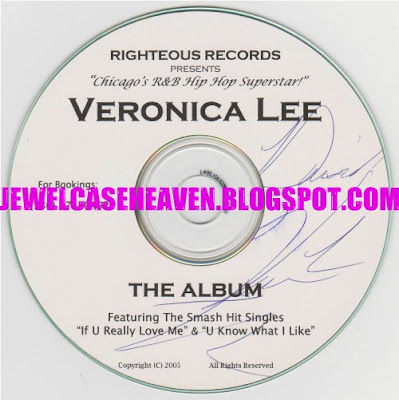 Sold around the Miami area, the debut album from Chicago-born vocalist Veronica Lee who was signed to an independent Chicago label in the mid 2000s. The label Righteous Records was in charge of two female singers that I know of back then, Lee and  fellow Chi-Town artist Jennifer Hudson. Both singers went down vastly different routes to further their careers; while Hudson chose a more commercial approach (American Idol), Lee took to the streets in Miami to promote her work sidewalk style in 2005. While Hudson eventually scored a recording contract with Clive Davis' J Records, Lee sadly never really made it beyond hustler status. Her only album spawned two radio singles in Chicago If U Really Love Me and U Know What I Like. Many thanks again to Stuaaart for this rarity. 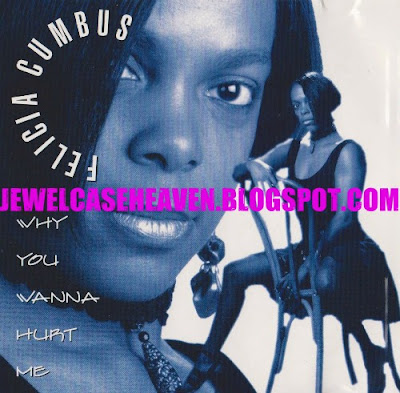 Another private release from the Great Lakes with smooth R&B vocalist Felicia Cumbus who has a vocal and quiet storm musical style similar to an early Faith Evans. Sadly I know very little about her but she hailed from Flint, MI  and was produced by some of the same people behind the late 90s R&B quartet Imajin.

Once again owing to its appearance on several well-known blogs as a freebie, I would like to point out that my friend Stuaaart owns an original copy that he brought himself.