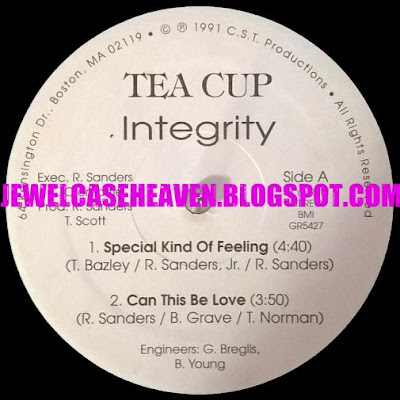 Very obscure early 90s gem from an unknown Boston male group or duo and a mixture of modern soul and funky New Jack Swing. No leads on who they were but track 1 appears to be co-written with Jazz drummer Tony Bazley. 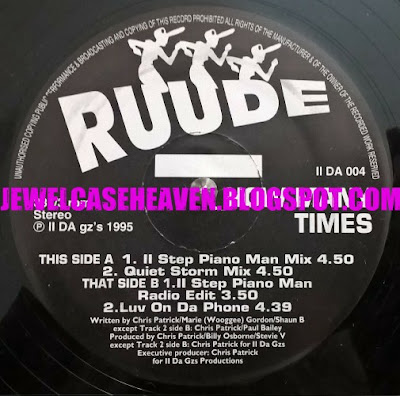 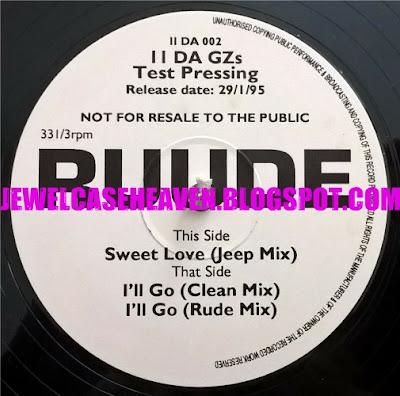 Originally featured on UK label Mission's third and final compilation "Soul Pressure! Volume 2," Ruude were a South London-based female trio comprised of Woogee (WOOG-Gee or Woo-gi), Melissa and Sherene and briefly brought their infectious brand of Jamaican and American-esque R&B to the British underground in 1995. Production came from Chris Patrick who set up the production outfit II Da GZs in the mid 90s and eventually came up with the idea of forming the group himself. Now known as Chris "Rockizm" Patrick, he released a handful of white labels in the mid 90s 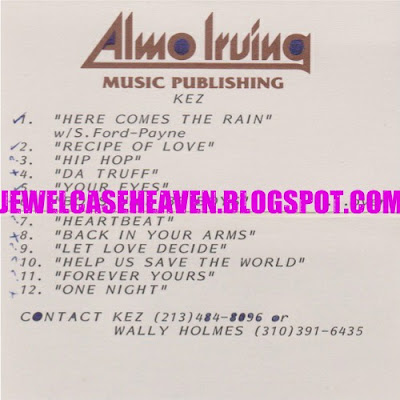 Originally posted in 2016, I initially believed the above artist to be a performer but with the addition of the above cassette to my music library, I am now inclined to believe that they were a composer. With the exception of Almo artist Sheree Ford-Payne on track 1, there are many different vocalists on these tracks which are a mixture of contemporary R&B, New Jack Swing and Sade-esque synthy soul. As for Almo Irving, they were and still are a music publishing venture between former A&M founders Herb Alpert and music executive Jerry Moss which eventually branched out into the label Almo Sounds in the 90s. Sadly aside from Ford-Payne, their catalog mostly consisted of rock artists. Big thanks again to Stuaaart for the score!

All songs are full tracks with the exception of two hip hop productions (3 & 4) which are excerpts only. Tracks 4, 7, 8 & 9 were originally featured on the EP I posted back in 2016 but one (track 8) has new music and a different vocalist here. 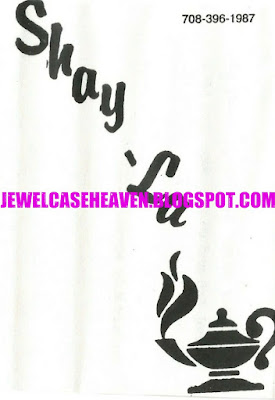 Originally posted back at the beginning of 2016, Shay-La was an independent singer-songwriter based out of Deerfield, Illinois most notably known in collector's circuits for her 1996 self-titled album. Not much was known about her but having recently been able to look at the artwork (Stuaaart's copy did not come with any), it seems she worked with Low End Theory's Carnell Newbill and E-Smoove on the project which she wrote and produced herself. The above EP appears to have been compiled not long after and features 4 brand new tracks. I am guessing that it may have been given out during live shows but not entirely certain. Whether or not the songs were recorded at the same time as her album I cannot say but the sound - smooth 90s R&B with inflections of hip hop and soul - is very similar. It's hard to believe that she was an independent artist from a small village just some 90 miles north of Chicago. She really had an amazing sound. 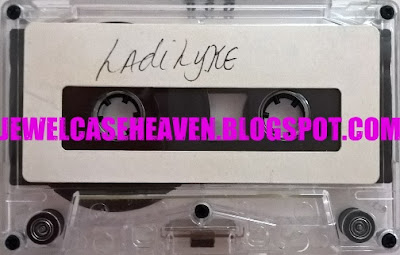 Previously unheard demo sessions from Chicago sister R&B duo Chyna & Kole (AKA Ladi Lyke) and possibly recorded prior to their 2005 EP although I am not 100% certain. The date given is early 2000s but the sound here is very 90s with funky R&B and smooth Chicago soul sounds. Four have never been released at all but one "All Because Of You" was later polished up and included on their most recent EP "Love Like A Ladi." Released 13 years after their first, it seems at one point they were hyped for big things but sadly they have always stayed pretty underground.

Posted by Jewelz Smooth at 2:20 PM 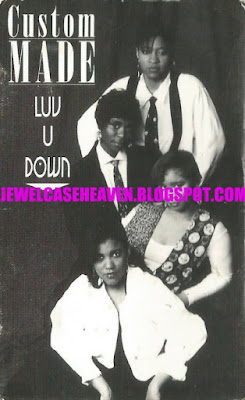 Back to Chi-Town for more great unknown 90s R&B and produced by Keith Henderson who had worked with all the big names around town including R Kelly, Aaliyah and many others at the legendary Chicago Recording Company. I've never seen this group anywhere - they appear to be very indie - but they had sound somewhat similar to early Changing Faces who Henderson had also worked with as well...