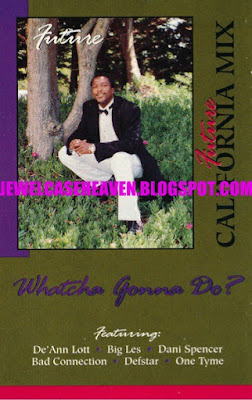 Another obscure compilation from Oakland and a mixture of many different styles not limited to G-Rap, modern soul, dance hall and progressive jazz. Only one of the artists De'Ann Lott comes up in any search results and she was formally a backing singer of much esteem in the Bay Area. The remainder of the artists are unknown but the highlight of the set is definitely the male group One Tyme who remind me somewhat of an underground incarnation of LeVert. Many thanks again to my regular contributor Stuaaart for sending this my way. 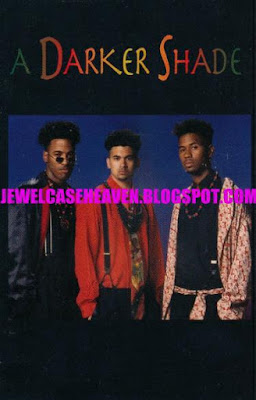 Outside of Chi-Town and Detroit, MI, another hot place that had a great underground R&B scene in the 90s was Cali's Bay Area. The above smooth 90s trio hailed from Oakland and were written & produced by Trace Ellington (right) who is a younger offshoot of Jazz legend Duke Ellington. In his early years, he recorded Tupac's early songs but in recent years, he's worked with such diverse artists as Aaron Carter, Larry Dunn from Earth Wind & Fire and Jamie Foxx. He continued to record his own music too and has since released his own album "Let Love In" in 2007. Many thanks again to Stuaaart for the contribution! 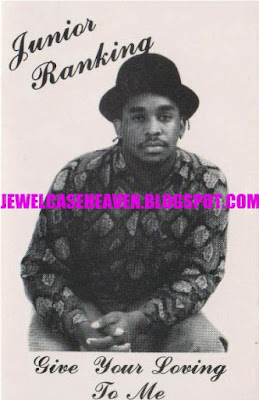 More rare music from Cali and moving down to Los Angeles County (Diamond Bar) with the above artist whose only EP is a mixture of modern soul and early 90s New Jack Swing at its best. Nothing is known about him but the co-producer Carl McGregor also wrote and produced for ex-Ripple member Keith Samuels. Many thanks again to Stuaaart for the contribution. 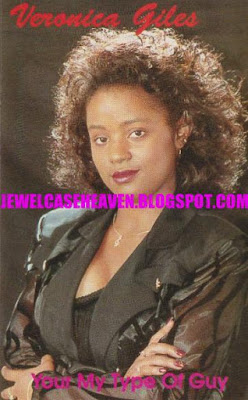 More obscure R&B from the Bay with the above artist who was based out of San Jose in the early 90s. I know nothing about her but the b-side was originally released on 7" vinyl with "My Type Of Guy" on the flip-side. Judging by the poofy hair, that was probably in the late 80s but I don't know for exact certain. Regardless, the track is a robust slice of funk-laced New Jack Swing with a soul vocal to die for. Thanks again to Stuaaart for sending it my way! 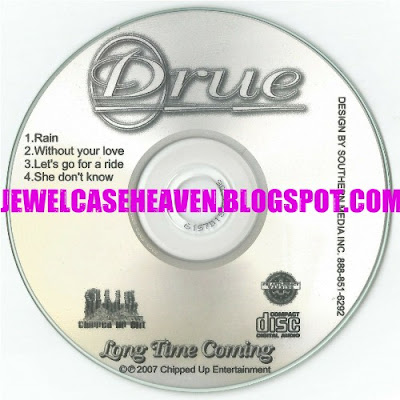 Staying in the mid 2000s era, here is another promotional EP from a male artist based out of Chattanooga, Tennessee. I don't know anything about them but they also possibly went by the name Young Druski as per a Myspace address written on the back of one of three business cards that came with it. Could possibly be a group as well; I don't know for exact certain. The sound is light, melodic mid-2000s R&B, similar to Ne-Yo and other artists like him. 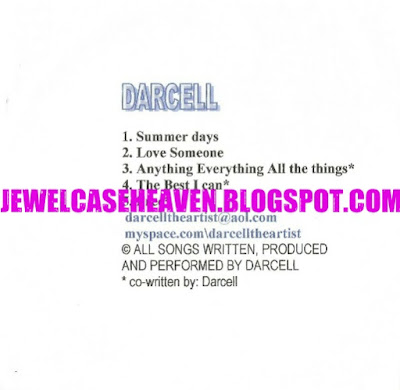 Demo from an LA-based male artist and reportedly given out in front of a 7-11 one day. He finally got his break in 2008 with his self-titled debut but prior to this he was a struggling out-of-town artist living in his car. Inspired by the likes of Stevie Wonder and Luther Vandross, his music is a blend of contemporary R&B and mellow soul with a "back-in-the-day" feel. Two tracks from the above set were later re-recorded but the three that he co-wrote (3-5) were not. I am guessing that he didn't get permission to use them or they, being slightly more contemporary-sounding, didn't feel the feel. 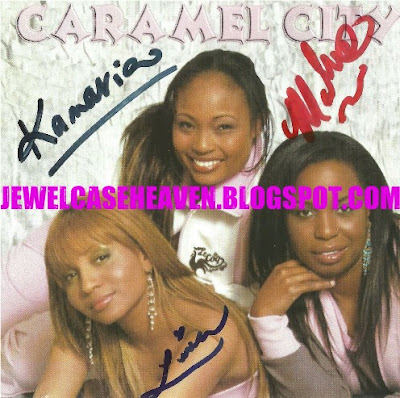 Staying in Ontario, Canada with three-piece R&B group Caramel City who have a Destiny's Child-meet-Girls Aloud kind of vibe about them. They were produced by some of the same people behind Sugar Jones and for anybody out there who doesn't have any idea who they were, they were the winners of the first series of Popstars in Canada. While they achieved some short-lived success, the above group seemed to be pretty local to Ontario at least...

Read more about them here. 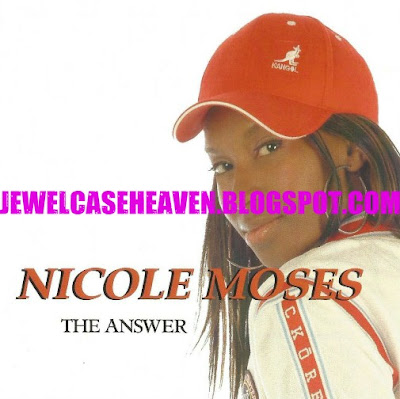 Canadian indie artists are often overlooked by other collectors but if you can find them, they more than deserve a proverbial seat at the table with their Southern counterparts. Hailing from Ontario, the above work was produced by James "Homegrown" McQuaid, who was formally a member of Canadian hip hop duo MCJ & Cool G and one of the first hip hop acts North of the border to be signed to a major label. The sound is somewhat reminiscent to Mary J. Blige or even Angie Stone but with slightly more sophisticated appeal. The artist now goes by the name "Nikki Mo" and in 2015, released a single "Take Care" to CDBaby.com. 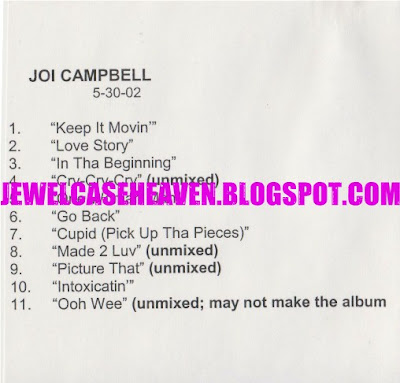 Sister of multi-platinum, Grammy-awarding winning producer, Warryn 'Baby Dubb' Campbell, Joi was one of a handful of new urban acts signed to Clive Davis' J Records in the early 2000s. Sadly her time at the label was very fleeting and aside from one radio-play single and a couple of songs on promotional comps, barely anybody knew about her. Whether she was just too similar to the label's other new signee at the time Monica or was one of the ones lost when BMG acquired its stake in the label in 2002, I don't know. A similar fate befell R&B trio Lyric (you can read about them here) and of course, everybody knows what happened to Monica's first album with the label (although she did 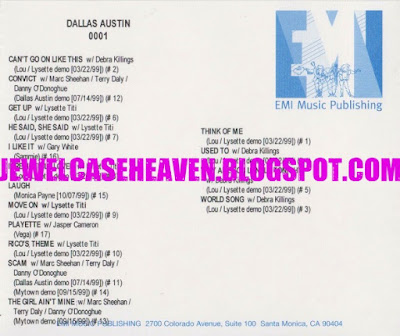 Titi along with male R&B singer Derick Dimitry and neo soul artist Joi was one of the first artists signed to Dallas Austin's Freeworld Entertainment label in 1997.  She is mostly known for her only single "Young Sad And Blue" which drew her instant comparisons to Aaliyah, Brandy and other female contemporary R&B stars at the time. Sadly problems at the label lead to its eventual demise and she never released anything else. Other artists who also lost out included classic soul group The O'Jays and rock band Tool. Following this, Austin moved his main base of operations over to Universal Records and signed a host of new acts not limited to pre-teen vocalist Sammie and Detroit 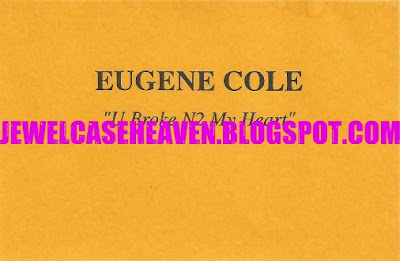 From the Bay Area, another obscure male artist and a combination of early 90s R&B and synthy modern soul. The tape is from 1991 but the actual recording dates back to 1990 when it was released on 12" vinyl on a small independent label based out of San Jose. The artist now goes by the moniker Gene-O and after numerous failed projects throughout the 90s and early 2000s, he finally got the buzz he deserved with his first ever full-length project What About Forever in 2013...

Posted by Jewelz Smooth at 5:27 PM 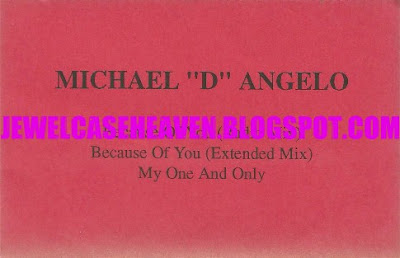 Rare music from Michael Williams, who was formally one third of Motown funk/soul trio Curio in the early 90s. Influenced somewhat by the group's sound, both this New Jack banger and a further single "Got To Have Your Love" (as Michael Howard) were released independently on small local Carolina labels between 1992-1993. The above song in particular only ever seemed to be released on vinyl and on Williams' own label G.C.C. Records (there was a small business card inside listing him as the CEO.) As far as I know, the b-side track - a synth-driven slice of early 90s modern soul - seems to be exclusive to this promo cassette only. This may have meant that it was intended for a wider release on CD but I don't know for exact certain. 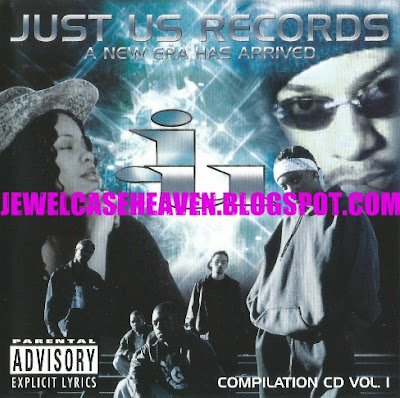 Another obscure compilation featuring a selection of hip hop and R&B artists on a local Alexandria, VA-based label. Two featured R&B artists Shaunti (Monique) Carroll and Rodney Walker hail from DC and SC and are a blend of guitar-driven hip hop soul and smooth contemporary R&B respectively. Both are exclusive to this compilation and cannot be found anywhere else although the label still appears to be active. Sadly none of their more recent artists or productions can measure up to the above work. 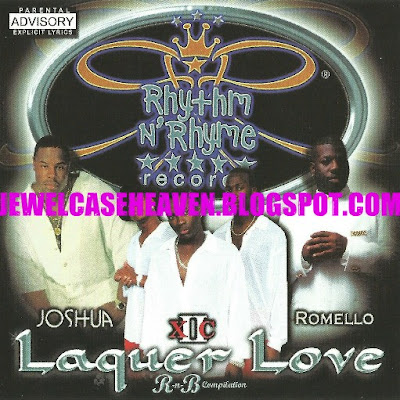 Staying in Houston, Texas with another obscure all-male compilation. I know nothing about the artists featured but all appear to be exclusive to this compilation only and are a mixture of contemporary R&B and modern soul blues. The label Rhythm-N-Rhyme Records is also quite obscure but did release an accompanying hip hop compilation "Rapping-N-Rolling: Nothin' But The Real Thing" also in 2000.