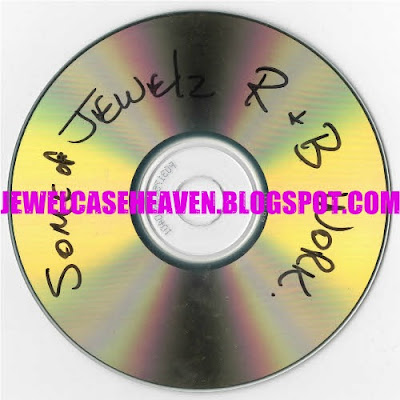 Another good find from our Virginia Beach source, a 3 track demo from an unknown female artist or possibly a group "Jewelz" and supposedly found with a bunch of CDs from a local label Third Eye Records from 'back in the day.' There's nothing to be found about it anywhere but the style is early 2000s contemporary R&B in the vein of Destiny's Child, Mya and others from that era. Many thanks again to said guy and to Stuaaart for sending it my way.
Approximate titles given.
Whatever It Takes    3:49
Walk Away    2:57
He's So Good To Me    2:33
Posted by Jewelz Smooth at 7:07 PM 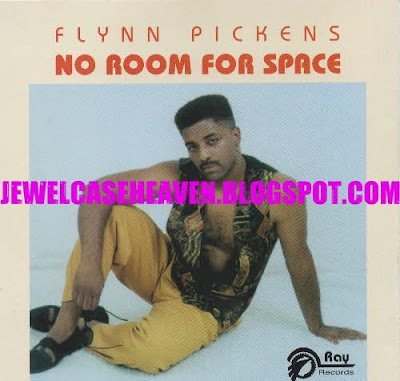 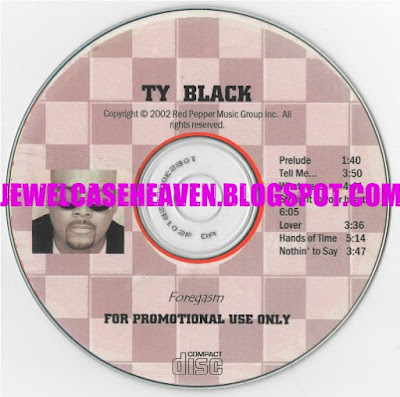 Possibly the best thing our guy has found for us this year and up there with the best we've found in the crates so far such as 3 'Til 3, Single and Unda Presha.... a local artist demo from (I am guessing) Virginia Beach featuring 7 smooth tracks. A mixture of late 90s and early 2000s contemporary R&B and smooth, sensual "quintessential" male ballads, the production and vocals are extremely professional but sadly along with the music group he belonged to, he appears to have no online presence whatsoever. No doubt this was just a local artist demo with only a few ever made but reminds us somewhat of Tank, Tyrese etc. Many thanks again to our guy and of course to Stuaaart for sending it my way. 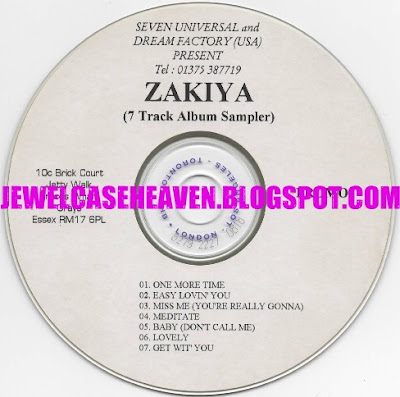 Touted as the next Brandy, Zakiya was signed to the A&M distributed DV8 Records in the mid-90s and released two singles (Love Like Mine & My Love Won't Fade Away) and an album. She had minimal success and a follow-up project was eventually shelved by the label after only one single. Sadly only this 7-track sampler (which was only ever pressed in the UK) and a further 12" featuring one other song are in existence. The style is predominantly smooth R&B with G-Funk and even some disco influences. Slightly out-dated when compared to the new style of R&B that was emerging in the late 90s but still a lost gem nevertheless...

THANKS ONCE AGAIN TO STUAAART WHO OWNS AN ORIGINAL COPY OF THIS RARITY.

Posted by Jewelz Smooth at 5:27 PM 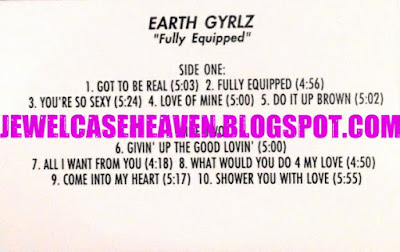 A further unreleased project from the 90s and not surprising, another female group. Brooklyn, NY natives, they released one single "Love Of Mine" which despite getting 172 spins at 24 radio stations on the week leading up to its release, only managed a mediocre placing in Billboard's Hot Black Singles chart at the end of 1995. A blend of jazz-infused R&B harmonies and smooth hip hop grooves, their failure was probably due in part to the label's insistence that they be an "album-driven group", focusing not so much on singles and being in no hurry to "pull out all the stops." Their album "Fully Equipped"went unreleased despite being as good - if not better - than similar albums by other more popular groups at the time. In addition to the top level production, another strong suit was definitely their close five-part harmonies. A lost gem for sure.

THANKS ONCE AGAIN TO STUAAART WHO OWNS AN ORIGINAL COPY OF THIS RARITY.

Posted by Jewelz Smooth at 1:33 PM 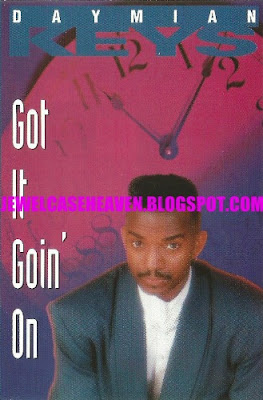 A further obscurity from the South that I cannot find any information on... the date of release is unknown but guessing early 90s at the very least judging by the hybrid rap/New Jack Swing sound on the title track and funk accents on the flip side. Many thanks again to Stuaaart for the heads up.
Got It Goin' On 4:18
Got It Goin' On (Instrumental) 4:20
Give U My Heart 3:35
Give U My Heart (Instrumental) 3:33

Posted by Jewelz Smooth at 1:20 PM 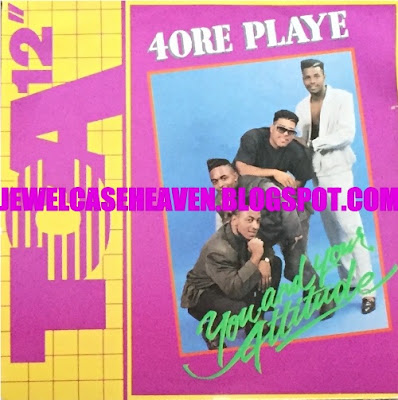 Courtesy of our man in Virginia Beach, a 3 trax top level New Jack Swing and one of the few 12"s he has found of this genre. They hail from Staten Island, NY and appeared to be associated with fellow Staten Islanders Force MD's. I don't know if they ever did anything else but the label Trans Caribbean and American productions Inc. put out a handful of releases in the late 80s including a further obscure hip-hop duo People's Choice. I don't know much about them unfortunately but one member it seems (Ramsey "Nate" Shearnin) later on went on to write for R&B singer Freddie Jackson (1999). Many thanks once again to our guy in Virginia and as always to Stuaaart for his continued contributions 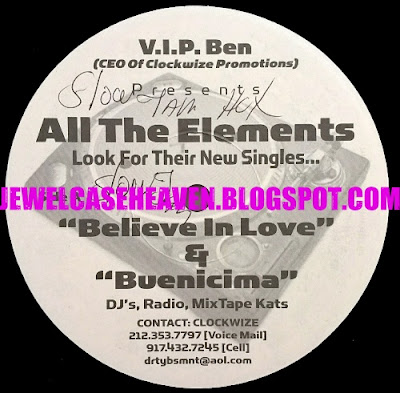 Further unknown R&B with All The Elements, a female group or duo with Latin flava and a lot of soul. The A-Side is a gorgeous slow jam but the  B-Side sounds slightly unfinished with just ad libs from the group and male shout-outs over a fast-paced Latin Hip Hop beat. I cannot find any information about them or any of the people involved but they appeared to be based out of NYC as from the phone numbers given.
Believe In Love 3:27
Believe In Love (Instrumental) 3:32
Buenicima 5:01
Buenicima (Instrumental) 4:19
Posted by Jewelz Smooth at 4:37 PM 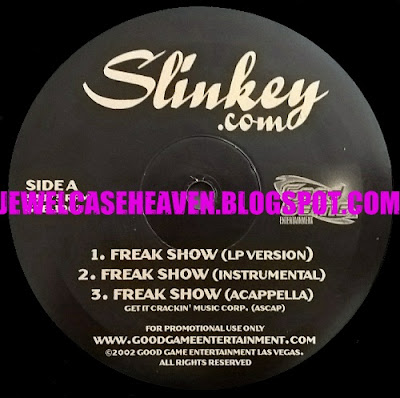 More early 2000s indie from a male artist Alfonso "Slinkey" Blake allegedly sentenced to death for a double homicide in Las Vegas in 2004 (citation needed.) The style - thug R&B - reminds me somewhat of this artist here although the A-side is more spoken word/rap. I won't go into detail about his crimes - however heinous they are - but he appeared to have quite a bit of potential, especially as a vocalist.