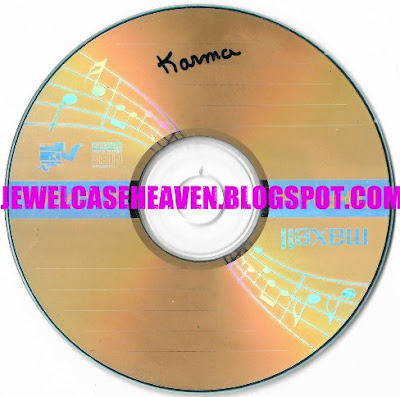 Moving into the mid-2000s era, here is a further female group (or duo) from Chi-Town that I cannot find a scrap of information on. I don't know if they where part of the infamous 'High Velocity Entertainment' which spawned fellow Chi-Town artists and groups such as Karisma, For Eternity and others in the early to mid-2000s but this is undoubtedly just a demonstration containing 1 (untitled) song. Clocking in at 3:07, it sounds vaguely similar to mid-2000s Destiny's Child although has a much more 'stripped down' feel about it... 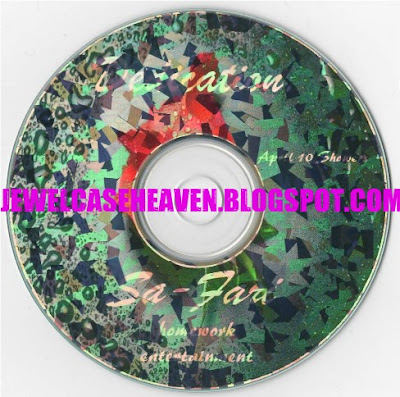 Staying in Chi-Town, a further demo from an unknown male group or duo and a mixture of early 2000s contemporary R&B and hip hop. Undoubtedly a demo, sadly the sound quality isn't too great (some of the tracks sound somewhat distant and tinny) but this is mostly a very smooth set despite the production being somewhat rudimentary on some. Many thanks again to Stuaaart for the contribution.

Posted by Jewelz Smooth at 1:03 PM 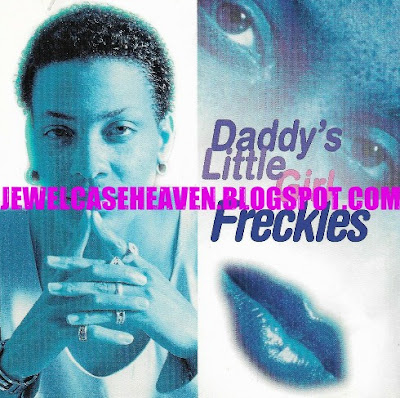 Straight outta Chi-Town, the debut EP from smooth-voiced songstress Tanya White AKA Freckles. She is mostly known for her song Dance With Me which made some minor waves on the music scene in 2002 but her debut CD Does It Really Matter sadly ended up on the cutting room floor despite being as good, if not better, than similar stuff released at the time. She was signed to an independent label which had distribution rights through Universal (Beyond subdivision) but the above set was recorded earlier on in her career and probably soon after fellow Chi-Town musician R.Kelly encouraged her to sing instead of MC. I posted the vinyl EP some years back but the CD version has 1 extra smooth track "On The Down Low",  which may or may not have been a consideration for a single at some point, and its subsequent remix where White shows off her more than apt rap skills. Also recorded before she came out as a lesbian, it also includes a steamy duet with an unknown male artist. 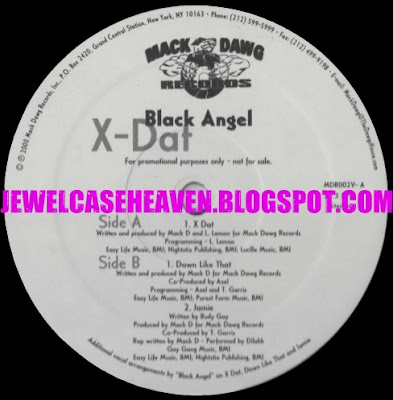 After posting the original 12" some years back, I am finally pleased to have the 3-track EP courtesy of Stuaaart over at beats4dastreets. The group - a female trio - was signed to NYC indie hip hop label Mack Dawg Records in the early 2000s but unfortunately this appears to be the only thing they ever did. While the no-nonsense main track sounds like it was inspired in part by TLC, on the other tracks - particularly "Down Like That" - they sound more like old school SWV. 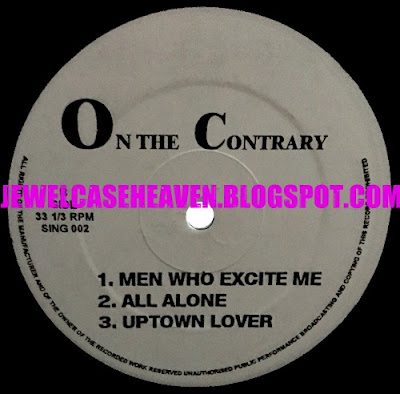 On The Contrary were a U.S. duo that was signed to former Shai frontman Carl "Groove" Martin's R&B label, which initially was set up as a division of MCA Records in 1995. According to an article sourced online, he signed a $2 million sub-label deal with MCA which required a minimum of two projects to be completed per year. Sadly, for reasons unknown, the label folded and Martin took one of the acts On The Contrary to the UK where he signed a distribution deal instead with Expansion Records. They only ever released one single "Love To Love You", which was produced by Corey
Read more »
Posted by Jewelz Smooth at 4:49 PM 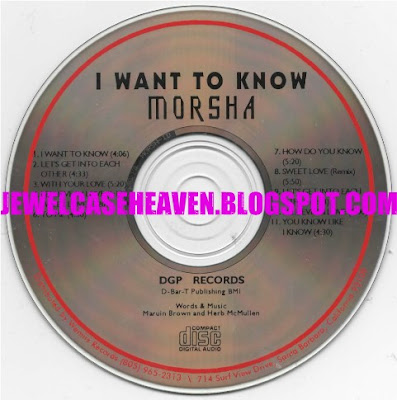 Further seemingly unreleased music from another early 90s artist and a mixture of New Jack Swing and jazzy quiet storm soul with classic soul diva vocals (somewhat similar to this.) I don't know anything about the artist but she released a single of the same name in 1994. Both came without any inserts so whether either were actually released or not, I cannot say. Produced by soul/gospel artists Herbert McMullen and Marvin Brown who later formed the label Macbet Records. In 2009, she appeared on a compilation released by Brown titled "The Journey-Life."  Many thanks again to Stuaaart for the contribution. 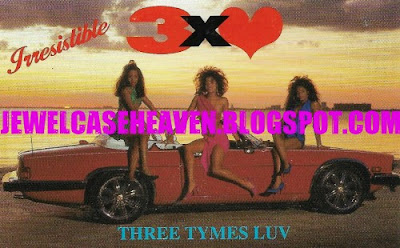 A blast from the past...the "lost" album from Miami, FL trio Three Tymes Luv and seemingly released in 1992 following their two singles "Irresistible" and "I Wanna Groove." Unbeknownst to me, it seems that Tami Hert was not a member unless she went by a different name or joined at a later time for a different project. Former Company B member Charlotte McKinnon's name also doesn't appear but she was a member at one point as confirmed by an article I managed to find online. The members' names as stated in the inlay are Dawn, Michelle and Karen. Produced by Louis Oliver, a former Miami Dolphins safety, I have never seen their album anywhere but mostly the sound is a continuation of their singles... "Irresistible" is replayed in the gorgeous ballad "Dreams" and continuing on with the New Jack Swing tip "Don't They Know", "Don't Abuse My Luv" and the steamy "After Hours." There are also some amazing, soulful mid-tempos such as 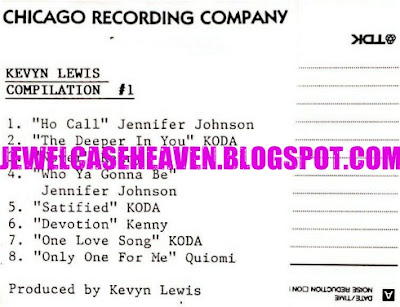 Kevyn Lewis was a former producer for Death Row Records in the 90s. The son of Chicago-based Jazz musician Ramsey Lewis, he wasn't as well known as say Dr. Dre but did work with some major players such as 2Pac and Snoop Dogg in the mid 90s. Recorded at the legendary Chicago Recording Company, the sound here is very reminiscent of the early 90s with New Jack Swing (Jennifer Johnson, male group KODA on "The Deeper In You"), contemporary R&B ("Satisfied" and "One Love Song" by KODA) and modern soul flavas (Kenny and "Only One For Me" by Quiomi.) As far as I know none of these artists exist beyond this tape and none of the songs have ever been heard anywhere else. I don't known when they were recorded but I don't think they came from the Death Row camp. Many thanks again to Stuaaart for the contribution.

**KODA and Quiomi are possibly male and female groups**

Posted by Jewelz Smooth at 1:12 PM 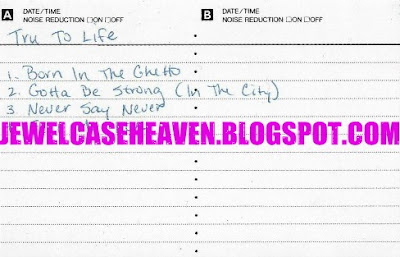 Rough demo from early 90s group Funky Poets, who were mostly known for their single "Born In The Ghetto" which was released via Sony's 550 division in 1993. Sounding like they were influenced by many greats of yesteryear not limited to Earth, Wind And Fire and Joe Public, their album "True To Life" pretty much went unnoticed and in the fashion of quite a few other good urban acts signed to 550 Music in the 90s, the brothers went as quickly as they came...their brand of "conscious" soul way ahead of its time. I don't know when it was recorded but this early demo features 3 rough cuts from their album and 1 other track "Gotta Be Strong (In The City)" which went unreleased as far as I can tell. The Shai-esque "Never Say Never" is also in excerpt form here. It may have possibly started out as a short A Capella intended for use between LP tracks although I am not completely certain.

Posted by Jewelz Smooth at 9:59 PM 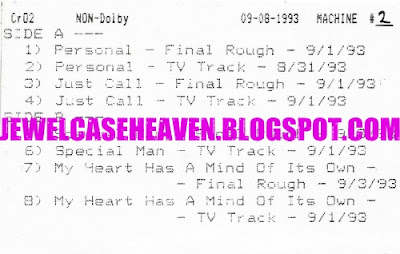 Early proposed demos for Australian R&B artist Deni Hines (daughter of Marcia Hines) and intended for a later abandoned US project sometime in the early 90s. This was at least 3 years before the release of her debut album "Imagination" on Mushroom Records in Australia and 5 years before the release of "Pay Attention" in Europe. At least one track ("Personal") was written by Al.B Sure! (Albert Joseph Brown.) It was later included on her debut album but sounds markedly different here with a more early 90s contemporary R&B feel. I am unsure who produced it originally but I am thinking possibly Brown's frequent collaborating partner Kyle West. All tracks are sung by an unknown male vocalist. I don't know who it is but I am almost certain that it is not Brown. A further track "Special Man" man have also been written by Brown as well but I am not 100% certain. The hook seems to have been borrowed in part from an earlier song of 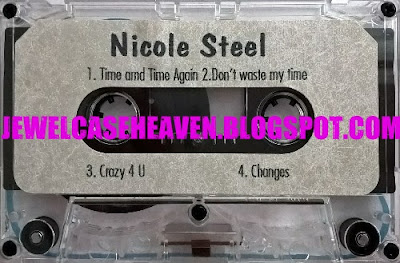 Later demo from Chicago vocalist Nicole Steel who sadly I know nothing about other than she had 1 track feature on an independent Chi-Town comp in 1999.Unlike her previous soul demo - which probably dated back to the early 90s - her later work is more in line with mid-90s contemporary smooth R&B with professional-sounding production. Vocally not a "belter" but very melodic and tight harmony-wise - comparable somewhat to fellow Chi-Town singer Sparkle. "Time And Time Again", the smooth swing-stepper, later went on to feature on the Chi-Town comp "Stepping Around The World" in 1999 with a host of other obscure artists of different genres dedicated to the Chicago Stepping movement (an urban style of dance later popularized by such artists as R. Kelly.) The other upbeat number "Crazy 4 U" is funky 90s head-boppin' R&B while the two slower productions "Don't Waste My Time" and "Changes" are 90s quiet storm R&B at its best. No date of recording but most likely mid-to-late 90s at the least.

Posted by Jewelz Smooth at 4:31 PM 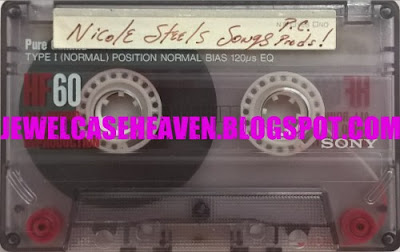 Back to Chicago for some more exclusive R&B featuring Nicole Steel and 90s artist Tina Moore. Steel as far as I know is unknown but did have 1 track feature on an independent Chi-Town comp from 1999. Her later work is more in line with mid 90s contemporary R&B but this early demo features 2 tracks 90s soul with a 70s flavor...not surprising track 1 is a cover of an original song by The Emotions. The third and final track "Color Me Blue" is sung by Tina Moore and the original version featured on her debut eponymous album which was released via Scotti Bros. Records in 1995. I don't know if it was originally intended for Steel but the version here is drastically different from the one on the album - which sounded like something Whitney might've recorded back in the day - and has different production and vocals.

Posted by Jewelz Smooth at 4:12 PM